To leave condolences for Jack Chase's online memorial, sign in using one of the following options:

Provide comfort for the family of Jack Chase with a meaningful gesture of sympathy.

Print
Jack Annis Chase of Wells passed away at a hospice in Scarborough on July 4th, 2019 attended by his loving wife of 46 years, Arlene.

Jack, 65, was born in Sanford on Aug. 10, 1953, the son of Daniel and Elsie (Annis) Chase of Wells.Read More
Jack Annis Chase of Wells passed away at a hospice in Scarborough on July 4th, 2019 attended by his loving wife of 46 years, Arlene.

After graduating from Wells High School in 1971, he attended Kennebec Valley VTI in Waterville. Jack, who had worked at various garages since he was 14, went to work for Seward Construction in Kittery in its Interstate Equipment Division where he worked his way up to become head of its maintenance department.

Jack left Seward to purchase the garage/service station at Butler’s Corner in Springvale, renaming it “Chase’s Getty.” He made many friends in the area before selling the business. Jack moved on to work in an upholstery shop and for another garage.

Through his church, First Baptist Church of North Berwick, Jack became involved in missionary work with Mercy Ships International. Jack worked on these hospital ships throughout a good portion of the world, including being responsible at one point for completely fitting out a ship in Newcastle, England.

When not at sea, Jack ran the mission’s motor pool. When not maintaining equipment, he would drive to remote villages to bring children back to the ships for surgery. His efforts took him to Ghana, South Africa, the Dominican Republic, and other countries, often accompanied by his wife and once by his daughter Heather.

With these skills, Jack was well known as a man who could do or fix anything. He built his own house from trees he had cut down that were milled into lumber. He loved collecting old car parts with his father and used them to restore vehicles into working order.

Jack enjoyed driving his Model T in parades and at Acton Fair. He and his father also built classic wood strip canoes in Jack’s basement.

When his COPD and leukemia limited Jack’s mobility, he became an avid collector with the help of the internet.

Jack is survived by his wife, Arlene Kay (Randolph) Chase; his son, Russell, and his wife, Alyson, of Wells; his daughter, Heather Runnels, and her husband, Randy, of Auburn; his grandchildren, Ryan and Evan Chase of Wells and Adam Runnels of Auburn; and his sister-in-law, Donna Bell.

In lieu of flowers, donations may be made to St. Jude Children’s Research Hospital. Stjude.org
Read Less

We encourage you to share your most beloved memories of Jack here, so that the family and other loved ones can always see it. You can upload cherished photographs, or share your favorite stories, and can even comment on those shared by others.

Plant a Tree in Memory of Jack
Plant a tree
0 trees have been planted in memory of Jack A. Chase
NC

Posted Jan 17, 2020 at 11:28am
Dear Arlene, I was so saddened to hear about Jack, so young. Thank you for the newspaper article, what a great remembrance I was very glad of his life, we only have our memories to keep us going. I remember Jack @ Carol's and Tom's wedding, those Chase boys were so good looking and he certainly won your heart. My sincere sympathy, Nancy Collier-Welch and Larry Welch
Comment Share
Share via: 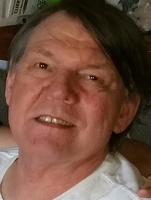