To leave condolences for Dean Webster's online memorial, sign in using one of the following options:

Provide comfort for the family of Dean Webster with a meaningful gesture of sympathy.

Upon returning to the States, Dean joined the H.K. Webster Co., a family business, located on West Street in Lawrence, MA. With his cousin, R. Kingman Webster, the two ran the family business, renamed Blue Seal Feeds, Inc., and expanded throughout the northeast with their satellite mill program.

Dean became President of Blue Seal Feeds in 1968 as the company celebrated its 100th anniversary. That same year he married Eliza T. Mason of Richmond, VA and they settled in Andover, MA, where they were blessed by the births of their two daughters.

Upon his retirement from the company in 1994, Dean received the Ralph B. Wilkinson Award from the Greater Lawrence Chamber of Commerce for his outstanding community service and honorary membership in the New England Feed & Grain Council.

With Dean’s commitment to the animal feed industry, he also donated his time and resources to the Tufts University School of Veterinary Medicine, which eventually culminated in the building of the Webster Family Library. Dean was also a generous supporter of Phillips Academy, the former St. Mary’s High School in Lawrence, MA, as well as the Central Catholic High School and Presentation of Mary Academy located in Lawrence and Methuen, MA respectively.

Dean was delighted to be blessed with 7 grandsons. After his retirement, Dean and Eliza moved to Maine where Dean enjoyed family visits, playing golf, his bridge group, reading and travel.

A private Graveside Service with military honors will be held on the morning of Thursday, August 29th, followed by a public Memorial Service at Bibber Memorial Chapel, 67 Summer Street, in Kennebunk, Maine at 2:00 p.m. on the same date.

In lieu of flowers, memorial donations in his name are encouraged to: Lawrence YMCA, 40 Lawrence Street, Lawrence, MA 01840.

To share a memory or leave a message of condolence, please visit Dean‘s Book of Memories Page at www.bibberfuneral.com.

Donations are being accepted for: Lawrence YMCA.

We encourage you to share your most beloved memories of Dean here, so that the family and other loved ones can always see it. You can upload cherished photographs, or share your favorite stories, and can even comment on those shared by others.

Posted Sep 08, 2019 at 11:21pm
Dear beloved Webster family,
My heart is broken upon hearing of the passing of your beloved, husband, father, grandfather & uncle.
My prayers are with you all during this very sad time.
I will cherish the memories I made with your family in Maine and Arizona while caring for your grandmother, Mina.
My love to all of you,
Emma Browne
Comment Share
Share via:
GC

Posted Aug 30, 2019 at 06:43pm
I had many luncheons with Dean talking about his many years involved with the YMCA. He was a wonderful spokesperson for the YMCA and truly believed in the YMCA's mission and purpose. When he spoke fondly of the YMCA he always referred to it as the Lawrence YMCA and he felt it was one of the cornerstones of hope in the City of Lawrence. I regret I did not find more time to talk with Dean. He was a true gentleman. My sincerely condolences to Eliza and the Webster family.

Posted Aug 29, 2019 at 07:10am
My sincere condolences to Eliza and your family. Dean was a wonderful person and a true gentleman with a propensity to tell bad jokes and make them funny. I enjoyed the many many years we did business together, as well the many years he was my partner on the golf course. He was a pleasure to be with and I will always remember him in the fondest way for his sense of humor, his integrity and leadership.
Comment Share
Share via:
CH

Posted Aug 28, 2019 at 09:10pm
I worked at the Richford, VT Blue Seal plant for he entire time that Dean was president of the company. We couldn't have had a better leader. 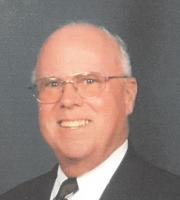