To leave condolences for Albert Cowgill 's online memorial, sign in using one of the following options:

Albert Cowgill, 85, Bert to all who knew him, a longtime resident of Arundel, passed away at Avita in Wells on September 13, 2020 following a period of declining health.

Albert Cowgill, 85, Bert to all who knew him, a longtime resident of Arundel, passed away at Avita in Wells on September 13, 2020 following a period of declining health.

Bert was born on March 12, 1935 in Biddeford to Annie and John Cowgill. He graduated from Kennebunk High School, class of 1953 and enlisted in the US Army that same year, serving two years in Germany.

After returning to Maine, he met and married Joan Bouchard. They settled in Kennebunk and he went to work for the US Postal Service at the Kennebunk office and after 35 years retired from the postal service in Portland. When Joan decided to go back to school to earn a degree in education, Bert willingly took over the task of caring for and transporting the girls to all their activities. He was the “rock” for the family.

Bert loved history and was most proud of purchasing and restoring the 120-year-old Cowgill Homestead on Limerick Road in Arundel. He also spent many hours in the woods behind the farm to bring it back its natural state after a clear cut in the 1940s. After purchasing Moss and then Zach, his beloved border collies, he added sheep to the farm and began the years of “working the dogs”. He did not need to go out for socialization as the dogs and the farm were a drawing point. People from all walks of life stopped to see the demonstrations and to talk to the “tree farmer”. Bert was proud of his heritage being a Son of Maine and his ability to live a meaningful but simple life, close to the land.

Bert was predeceased in death by his mother and father Annie and John Cowgill,
his brother Paul Cowgill, his sister Ann Temn and a grandson Thomas Cowgill.
He is survived by his wife, Joan, three daughters; Belinda Woodsum of Arundel, Rebecca Bonner of Waterboro, and Betsy Pierce of South Portland, his grandson Seth of Arundel, and his granddaughter, Leah Woodsum who resides in Florida.


Joan and Bert were grateful for the love and support given by their close friends, KarenLee, Cornelia and their son in law Tony, while Bert was still at home. Avita in Wells and Compassus Hospice should be thanked for their kindness, skill, and professionalism during the last few months of Bert’s life.

A private service for the family will be held at a later date.
Read Less

Receive notifications about information and event scheduling for Albert

We encourage you to share your most beloved memories of Albert here, so that the family and other loved ones can always see it. You can upload cherished photographs, or share your favorite stories, and can even comment on those shared by others.

Posted Sep 26, 2020 at 12:24pm
Joan, I wish to express my condolences on the death of Bert. I hope to see you at the Kennebunk Senior Center after the time of this pandemic. Roger Williams.
Comment Share
Share via:
RB

Posted Sep 25, 2020 at 07:10pm
In Sympathy
May God's love guide you during this time of sorrow, and may you find solace in his care.
Robert Boothby
Comment Share
Share via:
JP

Posted Sep 23, 2020 at 02:15pm
Bert was a true Mainer who shared those values generously, It was an honor to have known him.
Comment Share
Share via:
PB

Posted Sep 18, 2020 at 01:49pm
I will always remember Joan and Bert who I met when they attended CC in Kennebunk and sat for many years right behind me. I loved them both and missed them when they moved on, we had many good chats thru the years. I send my very best to Joan and family on the lose of such a fine man Bert. God Bless
Comment Share
Share via:
DH

Posted Sep 17, 2020 at 03:59pm
We are so sorry to read about Bert's passing. He has been a dear friend and will be sadly missed especially by his luncheon guys. Our deepest sympathy is with you all.
Comment Share
Share via: 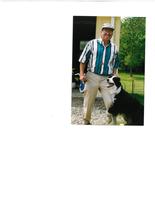 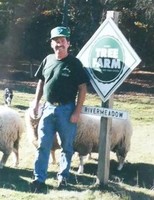