To leave condolences for Albert Hubbard's online memorial, sign in using one of the following options:

Provide comfort for the family of Albert Hubbard with a meaningful gesture of sympathy.

He was born in Wells, Maine on December 7, 1934 a son of Raymond Wallace and Hazel Dor... Read More
Albert Franklin Hubbard 84 yrs, a resident of Kennebunk died Sunday September 29, 2019 at Southern Maine Health Care in Biddeford after brief illness.

He was born in Wells, Maine on December 7, 1934 a son of Raymond Wallace and Hazel Doris (Butman) Hubbard. He served with US Marines Corp in Korean War. He graduated with GED from Biddeford High School in early 1970’s.

He was employed by Wallace Hubbard Oil Company of Wells for several years then worked for Kennebunk Kennebunkport and Wells Water District as Forman for over 25 years retired in 1990’s.

He was avid hunting and spending time with family and friends.

Albert was predeceased by his wife Pauline Hubbard who died in 2017 and three brothers, Wallace, Bill and Donald Hubbard.

Visiting hours will be held 10 to 11 AM Thursday October 3, 2019 at the Bibber Memorial Chapel 67 Summer Street Kennebunk where a funeral will be held at 11 AM with Reverend Burt Howe Officiating. Interment with Military honors will be held Ocean View Cemetery Wells.
Read Less

We encourage you to share your most beloved memories of Albert here, so that the family and other loved ones can always see it. You can upload cherished photographs, or share your favorite stories, and can even comment on those shared by others.

Posted Oct 02, 2019 at 05:35pm
To the family.So sorry for your loss.I remember your dad when he used to come to our home (Betty and Bill).We used to enjoy visiting them at their home as well.Always made us feel welcome.Condolences with the family..RIP AL... Sharon (Whitten) Lapierre
Comment Share
Share via:
MW

Posted Oct 01, 2019 at 09:51am
So sorry to hear of Al's passing. He was a very special co-worker and friend to both of us .Our thoughts are with you all.
Always,
Dave and Jan Holbrook
Comment Share
Share via:
DH 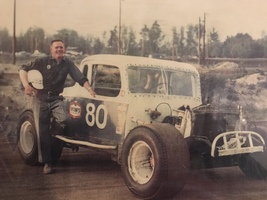