To leave condolences for Alphonse Palaima's online memorial, sign in using one of the following options:

Al attended B.C. High and graduated from Boston College with a Master’s degree in 1951. In 1951 he married Helen Ryan and they lived in Shrewsbury, Mass. He started a teaching career as a classics instructor. He taught Latin, Greek and Philosophy at St. Mark’s, St. Sebastian’s and Assumption Prep School in Worcester, Mass. At Assumption he was a Director of the Middle School and coached a sailing team. After retirement he and Helen moved to Kennebunkport, Maine, where they built a house in 1989. They both loved to sail their sailboat and go deep sea fishing. Helen died in 1997.

Al’s longtime interest in rare books expanded to an interest in collectibles and antiques. He became a regular at auctions and briefly operated his own business. He was interested in travel and sought out opportunities in Bermuda, England and Greece. He returned to his parents’ native Lithuania often, reestablishing close ties with his relatives and deepening his serious and lifelong interest in the Lithuanian Catholic Church.

Al met his second wife, Lithuanian native Leonora Sasnauskaite, in 1999 in Kennebunkport. They married the same year and lived in their house by the ocean.

Al was a man of deep faith which sustained him and determined all his actions. He was a scholar and a wonderful teacher, loved by his students who called him Uncle Al. He himself was a lifelong learner, he had an open inquiring mind. Reading was his favorite activity, he read every day, until the last day of his life.
Al was keenly interested in politics. He was incredibly knowledgeable and respectfully disagreed when he felt it necessary. He was wise and perceptive and above all he was very kind, always and to everyone. Even though he didn’t have children of his own, he loved and spoiled his friend’s and neighbor’s kids, who enjoyed his sense of humor, playfulness and stories about learning horseback riding and sailing.

Al loved life, people, nature and animals. He never met a stranger. He took a personal interest in everyone he met and had friends everywhere. As one of his friends’ young son said, Al had a beautiful soul, he valued a beauty in everything – nature, art, creation, music, and human relationships.

The Funeral Mass will be held at 11:00 AM on Friday, June 26, 2020 at St. Martha's Church in Kennebunk followed by a reception at the Franciscan Monastery Guest House, 26 Beach Ave., Kennebunk.

Memorial contributions can be made to Schepens Eye Research Institute at www.schepens.harvard.edu.
Read Less

Receive notifications about information and event scheduling for Alphonse

We encourage you to share your most beloved memories of Alphonse here, so that the family and other loved ones can always see it. You can upload cherished photographs, or share your favorite stories, and can even comment on those shared by others.

Posted Jun 25, 2020 at 02:24pm
Dear Dėdė Alfonsas was a special man who left a deep mark of goodness in the lives of many people. He will always remain in my heart, mind and memory as especially honorable, intelligent, bright, deep in faith, compassionate and attentive to others person.
With every person - relative or just met, child or an adult He communicated sincerely, with great respect and interest. He survived when others had hardships, sincerely rejoiced in the success of others, wholeheartedly supported, encouraged, and generously shared his love.
I will never forget His attention, friendship and love.
I believe that now He cares and accompanies us from eternity.
Rest in peace, dear Dėde Alfonsai. Thank God You were in my life.
Comment Share
Share via:
LP

Posted May 22, 2020 at 06:43am
thoroughly enjoyed visiting Al with Dave last year. Al was so interesting to talk with and it was amazing to encounter someone his age with memories and cognitive abilities that put mine to shame. 😉
----------

I was also saddened to read about Al Palaima’s passing.
I don’t think I ever had him as a teacher but I certainly remember him as a real presence at The Prep.
I did run into him several years ago at a great bar in Kennebunkport called The Arundel Wharf and went over to him and introduced myself.

I’m not sure he remembered me but he charmingly acted as if he did.

Reading your email reminded once again about how lucky I was to be able to go to The Prep and be educated by so many wonderful and talented teachers.

There are not many times when The Prep is mentioned in a conversation especially with someone who might not be entirely familiar with it, given that it has been gone for close to 50 years, what a great educational opportunity it was for all of us.

The unique society of those that taught and studied at the Prep is slowly losing members and they will not be replaced. The passing of Al reminds us that, as you pointed out, we had a fantastic education at the Prep.

A reunion at Arundel’s Wharf would be great. Hoisting a pint for Uncle Al and all the other people who made the Prep great would be wonderful. Great suggestion. Hopefully we beat this virus and do it soon.

I liked Uncle Al and learned a lot of Latin from him, although initially I didn’t know how to react to such an eccentric character!

The obit says he was director of the Middle School and coached sailing at Assumption. Really?? Must have been after our time.

Posted May 17, 2020 at 07:37am
Leonora my name is Dave Healey - Arthur and Orra's middle son now 56 years old. What great memories I have of celebrating special occasions with Al over the years. He was such a great friend to Arthur and would always regale us with stories about the schoolboy mischief they would get into. I'm still friendly with a few friends from grade school and I know how strong those bonds are. He will be greatly missed by three generations of Healeys.

Posted May 13, 2020 at 06:19am
Leonora:
Joyce and I were saddened to hear about Al’s passing.
Al was such a mentor to me when I began my teaching career.
How I enjoyed our many conversations in the teacher’s room.
He was THE consummate professional.
He moved us all to be better teachers just by his presence.
We will truly miss him!
Please know you are in our thoughts and prayers.
Roger
Comment Share
Share via:
LP

Posted May 13, 2020 at 06:15am
Al..you were my husband Walter Fields who¿passed¿November 30 2012 a¿Great mentor to a new teacher at Assumption College¿We loved you dearly¿And I especially enjoyed your love of art..we enjoyed visitng you and Leonora at¿Your home in Kennebunckport..and when Walter died you¿Kept in touch with me at our home in Bluffton SC with loving cards on all the holidays to see if I was alright..you were such a caring man and a great friend..I will miss you..and keep mentoring Walter in¿Heaven..where I know you both are¿My Love Joyce Fields¿
Comment Share
Share via: 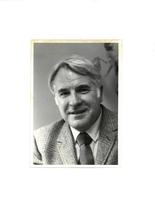 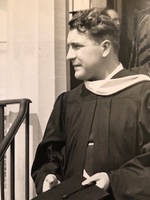 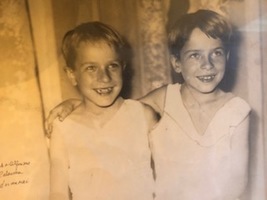 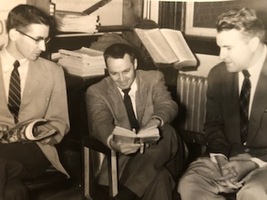