To leave condolences for Arnold Nickerson's online memorial, sign in using one of the following options:

Provide comfort for the family of Arnold Nickerson with a meaningful gesture of sympathy.

Donations are being accepted for: Maine Coast Fisherman's Association.

We encourage you to share your most beloved memories of Arnold here, so that the family and other loved ones can always see it. You can upload cherished photographs, or share your favorite stories, and can even comment on those shared by others.

Posted Jan 29, 2020 at 10:03am
To the family of my friend Joe. Although I have not known Joe a long time, it is truly amazing how much respect I had for the man. After Joe moved his boat to Deaks Wharf a couple years ago we realized he was a gentle giant. He was always helpful and offered good sound advice. He leaves a giant hole in our wharf family. He will be dearly missed by all on Deaks Wharf.
Comment Share
Share via:
JW

Posted Jan 28, 2020 at 12:13pm
I met Joe when I was a fishery observer aboard the Hayley Ann in 2005. I subsequently observed the Haley Ann a handful of times between 2005 and 2007. I'll never forget my first trip with Joe. He wasn't happy that day because he wasn't catching as many fish as he wanted too. He vented about the govt' to me, like most fisherman do when there's an observer onboard, but he did it in a respectful and thoughtful way that opened up a conversation where in the end I felt like I made a true connection with him. We were only 3 years apart. Joe's enthusiasm and love of fishing and the ocean was intense and I felt it at a level that made clear why he loved being a fisherman. I remember feeling at that time that I'd missed the boat in my career path, literally. That day started calm and got windy. A very large pod of White-sided dolphin showed up just after Joe hauled back and was dropping "F" bombs about his disappointing catch. After watching the dolphin spectacle for a few minutes I looked over at Joe who was also watching the dolphins and he gave me a big smile. I'm still not sure if he smiled because he was enjoying the show too or because he could sense my mutual love for being out on the ocean. Either way it felt to me like we shared a moment of Joy that gave me a glimpse of what a big hearted person he was. After that he always gave me that smile whenever I saw him at the pier in Cape Porpoise, at a meeting or at the fisherman's forum.
Joe will be missed big time!
Joe Wodjenski

Posted Jan 26, 2020 at 05:48pm
I remember Joey, Sharon and Haley visiting at my mom, Joan Snow's house. They are like family. So much so that my mom measured them up against our door jam along with the rest of us. Needless to say Joey was the tallest! :)
Comment Share
Share via:
DB

Posted Jan 26, 2020 at 04:23pm
We so sorry to hear of this tragedy. We knew how your family was such a close loving family through Rubie. We really have no words but want you to know you will continue to be in our thoughts and prayers as you continue to process during this difficult time. Love Dina and Bob Brochu
Comment Share
Share via: 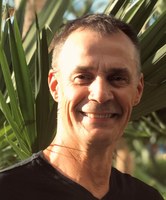 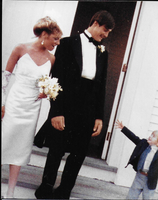 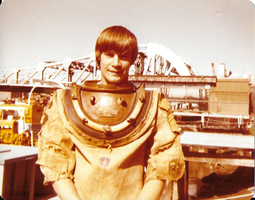