To leave condolences for Beverly Emerson's online memorial, sign in using one of the following options:

Provide comfort for the family of Beverly Emerson with a meaningful gesture of sympathy.

To share a memory or leave a message of condolence, please visit Beverly ’s Book of Memories Page at www.bibberfuneral.com.

We encourage you to share your most beloved memories of Beverly here, so that the family and other loved ones can always see it. You can upload cherished photographs, or share your favorite stories, and can even comment on those shared by others.

Posted Nov 22, 2019 at 09:56am
I was so saddened by the news of Beverly's passing. ,I have had to refrain from attending the services today with great dismay due to the weather and further storms expected today. I had planned to be with you to express my condolences to you (the family) at this time.... .Beverly will be sadly missed by us all . I will always remember her quick wit and kind words of wisdom for us all. Thanksgiving was not Thanksgiving without going to Aunt Elsie's and enjoying the Feast of Feasts and the popcorn balls.....oh so good. The quiet times of a ride to the beach to sit by the ocean and reminisce and chat about our younger years. We always had wonderful times and i will miss her dearly as I know each of you will. We now have another Guardian Angel to watch over us from above .

My thoughts and Prayers are with You All today and always...May God Bless You and Keep You in His Tender Loving Care now and always to give you the strength and faith to carry on as she would want us to do. Love one another ... Hug one another.
Love ,
Carol Crane (cousin) .

Posted Nov 20, 2019 at 06:27am
How well I remember Beverly’s infectious smile and hearty laugh! My first three years of teaching were at the Consolidated School in Kennebunkport, and the staff, there, were so supportive. “Beve”, especially, made me feel so welcome. Carol Hamalainen
Comment Share
Share via:
AM

Posted Nov 19, 2019 at 09:24pm
She was always Aunt Bev to me ,even though she was really my cousin,I will miss her joyful attitude and sense of humor,And I will always be grateful for her words of wisdom she shared with me during a difficult time a few years ago. We will miss our short visits with Bev,whenever we take a ride up to Maine. Our sympathy to all her family members, I know she will be missed. Ann Medeiros and David.
Comment Share
Share via:
W

Posted Nov 19, 2019 at 05:02pm
Such a kind and caring lady, a great teacher dedicated to her profession. Sincerely, Bill and Jane Obermeyer
G.S.T.C. Graduates with Beverly, 1958

OUR DEEPEST SYMPATHY
She will definitely be missed and was a dear
cousin for many many years. We always loved
Visiting at Aunt Elsie’s to see cousin Beverly and all the family. Beverly would bring us on a tour of Kennebunkport and the beach and the Steak Loft for dinner.
RIP
Our Dear Cousin
With Love
Neil & Marlene Cook
~ Sterling, CT 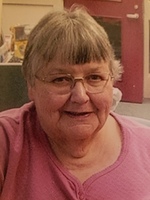