In Memory of
Brenda Cavalier
Loucks (Cavalier)
1952 - 2020
Click above to light a memorial candle.
Memorial Candle Tribute From
Bibber Memorial Chapel
"We are honored to provide this Book of Memories to the family."
View full message >>>
Plant a Tree In Memory of Your Loved One
Click Here
Menu 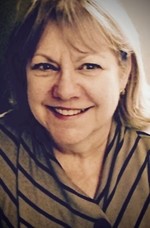 Brenda Cavalier Loucks, Kennebunkport, Maine
January 9, 1952 to October 24, 2020
The third of four children of Michael and Mary Cavalier, Brenda was born and raised in the City of Philadelphia and felt fortunate to have access to exceptional magnet schools and many cultural activities in the city, while having the opportunity to spend weekends and summers with her many cousins on her family’s blueberry and cranberry farms in the Pinelands of New Jersey.
A lifelong learner, she received a bachelor’s degree in English and education from Salve Regina College in Newport, RI and a lifetime teaching certificate in Language Arts. She also received a master’s degree in Educational Marketing Communications from Glassboro State College and did advanced graduate studies in Shakespeare in Stratford-on-Avon, England.
She spent several summers on lengthy Eurail excursions with friends throughout Europe. She also spent several years working for the Bahamian Ministry of Education and Culture.
After her marriage to Craig Loucks, and many professional moves from coast to coast throughout the U.S., she worked in the marketing department for several colleges, including nearly 20 years as Director and Dean of College Communications for Middlesex Community College in Bedford and Lowell, Massachusetts.
Brenda was an active fundraiser for many causes through the years; she was a board member of Newcomers Clubs in New Jersey, Michigan, Kansas, Washington, Massachusetts and Maine; a longtime member of Acton Congregational Church in Massachusetts and an active member of P.E.O. Chapter E-Maine (a Philanthropic Education Organization for Women). She also enjoyed traveling, entertaining, playing bridge and participated in several book groups.
Predeceased by her husband Craig, she is survived by a daughter, Kate Loucks Chroust (Cassidy); a son, Drew Loucks (Maggie); and four granddaughters – Emerson and Sadie Chroust and Sloane and Everly Loucks. Other family members include a sister, Irma Cavalier Tews, brothers Michael (Judy) and Bruce (Ginny), a sister-in-law Lois Loucks Boyer as well as many nieces and nephews.
Private services and burial will be held at a later date at the U.S. Military Academy, West Point, New York.
Memorial donations may be made to:
The Pinelands Preservation Alliance
17 Pemberton Road, Southhampton Township, NJ 08088.