To leave condolences for Brian Dumas's online memorial, sign in using one of the following options:

Provide comfort for the family of Brian Dumas with a meaningful gesture of sympathy.

Brian Keith Dumas liked to seize the day so completely that as a young man he
vowed he’d be dead by 30. Instead, he made it another 21 years, becoming a beloved
husband and devoted ... Read More
Brian Keith Dumas
10/17/68–1/7/20

Brian Keith Dumas liked to seize the day so completely that as a young man he
vowed he’d be dead by 30. Instead, he made it another 21 years, becoming a beloved
husband and devoted father and making everyone around him laugh until the very end.
“If there’s one word that will come to mind whenever I think of him,” one friend said, “it
will certainly be ‘joy.’”

Brian was an avid Yankees and Dolphins fan, teams probably chosen expressly
to rile all his friends and family who were Red Sox and Patriots fans. He was at his
happiest sparring humorously with those around him, and he kept everyone laughing.
But Brian’s sharp humor and antics were always combined with great sweetness and
generosity. Friends and family appreciated his thoughtfulness and the way he was
always ready to help anyone out. “He was at the center of a great time no matter where
he was,” a friend said, and he never wanted to leave the party.

A fixture at his children’s soccer and lacrosse games and swim meets, Brian’s
bellowing of “Let’s Go Blue” will continue to echo over the Kennebunk fields. Whether
he was playing golf, snowmobiling, fishing, downhill skiing, or boating, Brian loved
being outdoors with friends and family.

Brian studied at Southern Maine Technical College in 1988 and worked for E. R.
Warren before he went on to work for 25 years in the telecommunications industry for all
of the major carriers, managing cell tower construction across New England. Most
recently he was Construction Project Manager at Structure Consulting Group, based in
Arlington, Massachusetts. But family teased him that he spent most of his work time on
the golf course.

A Memorial Mass will be held at 10 AM on Saturday, January 11, 2020 at Holy Spirit Parish ~ St. Martha’s Church, 30 Portland Road, Kennebunk, ME. Interment will be in the spring.
Read Less

Donations are being accepted for: Chelsea's Chance.

We encourage you to share your most beloved memories of Brian here, so that the family and other loved ones can always see it. You can upload cherished photographs, or share your favorite stories, and can even comment on those shared by others.

Posted Jan 14, 2020 at 05:55pm
RIP Brian,
You always made us laugh, your impressions of Ted Night in Caddy Shack,
your quips, and there were many;
“my mouth is drier than a felt boot in the middle of the Sahara”...
with a beer in one hand and in the other you flung a cigarette around in a circle as you Spoke ...you were most original!!
You were one of my first loves and will remain tender in my heart.
Sending peace & love to the entire Dumas family

Posted Jan 12, 2020 at 11:48am
Our deepest sympathy to the Dumas family and all of those who loved Brian. Unfortunately, we were unable to attend Brian's service and to hug you with our condolences. We are thinking of you all and want you to know that we are so sorry.
Bonnie and Susie
Comment Share
Share via:
DD

Posted Jan 10, 2020 at 04:19pm
From your and my families both taking up full Church Pews @ St. Monica's + Matha's, me being 8 when you were born, I probably saw your mother holding you in her arms at church in a swaddling cloth, to you being a main stay @ my parents house w/Dave Cyr @ Clearview Estates in Arundel during the early1980's, to the late 1990's and we being Godparents to David Roys son Alan, you have always been a good man of incredible faith. I'm sure the angels are waiting to greet you. Your job here on earth was well done.
Comment Share
Share via:
DJ

Posted Jan 10, 2020 at 02:21pm
Isabel, Tyler, Leah, and Sydney,
I’m so very sorry for your loss. Brian was a great neighbor to my mom and dad when you lived on Lockwood Drive. He never hesitated in helping my father when snow storms hit the area. Please know that you are in my thoughts and prayers.
God Bless,
Donny Cronin Jr.
Comment Share
Share via:
LA

Posted Jan 10, 2020 at 12:22pm
Dear Isabel, Tyler, Leah and Sydney, In celebration of Brian's life, all the Robinsons send our love, thoughts and prayers to you and your family. 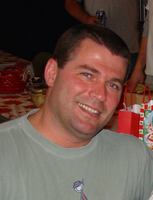 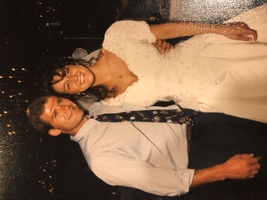 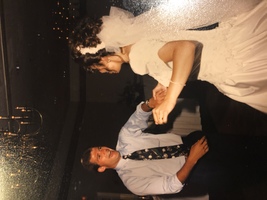 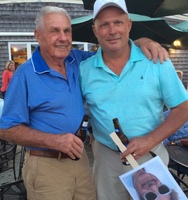