To leave condolences for Carl Emerson's online memorial, sign in using one of the following options:

Provide comfort for the family of Carl Emerson with a meaningful gesture of sympathy.

He was born in Sommerville, MA on Apr... Read More
Dateline – Kennebunkport

He was born in Sommerville, MA on April 11, 1926, a son to Carl Ripley Emerson Sr. and Lydia Piper Emerson. He graduated from Medford High School before going on to pursue a Degree in Chemical Engineering at Tufts University.

Rip was a veteran, and the second youngest ensign commissioned in the Navy. Rip met the love of his life June (Florence) while stationed in South Bend Indiana, while attending Midshipman school at the University of Notre Dame. They were married for 71 years before she passed away peacefully on June 22, 2018.

Rip and June raised their family in Hingham Massachusetts before retiring to Kennebunkport, ME, where he used to spend summers as a child. Rip worked at Raytheon as a research chemical engineer for the majority of his career up until he retired.

Rip was a member of the First Congregational Church in Kennebunkport. He created and updated the church website, was the treasurer and played an active role within the church, his faith being of utmost importance to him. He was President of the Kennebunkport Historical Society, member of the building committee, chairman of the recycling and waste committee and played a pivotal role in establishing the recycling program. He was a town Selectman for several years after his retirement. He was a member of the special education department and an instrumental role in the Reseed program designed to make science fun and relatable for students.

Rip especially enjoyed socializing with friends, family and locals. He was a man of integrity and intellectual pursuit, with a thirst for knowledge and human connection. He had an affinity towards nature, all animals, especially birds, dogs and the sea. He was a wealth of knowledge and always had an answer to most any question (his family used to joke that he was a walking Encyclopedia).

Rip, above all, was a family man, he was devoted to his wife June of 71 years, his children, grandchildren and great grandson.

Rip is survived by his two daughters, Vicki Hagopian and her husband, Ronald, and Diane E. Holm and her husband, Gregory; three grandchildren Jennifer Jenkins, Kristen Seibold and Mathew Holm; and one great grandchild Talon Jenkins.

There are no visiting hours. A Memorial Service will be held on Saturday, February 8, 2020 at 11:00 a.m. at First Congregational Church, 141 North Street, Kennebunkport. Burial will follow in Arundel Cemetery, Kennebunkport. In lieu of flowers, donations can be made to: Rachel Carlson National Wildlife Refuge, 321 Port Road, Wells, ME 04090.

To share a memory or leave a message of condolence, please visit Rip’s Book of Memories Page at www.bibberfuneral.com.

We encourage you to share your most beloved memories of Carl here, so that the family and other loved ones can always see it. You can upload cherished photographs, or share your favorite stories, and can even comment on those shared by others.

Plant a Tree in Memory of Carl
Plant a tree
0 trees have been planted in memory of Carl Ripley "Rip" Emerson Jr.
KM

Posted Feb 05, 2020 at 03:30pm
I loved seeing Rip when I would run up and down the beach!! He was always happily walking with his dogs. What a wonderful, friendly man.
Comment Share
Share via:
MH

Posted Feb 04, 2020 at 10:16am
Sending my condolences and love to all of my Uncle Rips family as I know he will be missed by everyone ..loved him and my Aunt June ..besides being a great family man and a man with a lot of knowledge and a faithful church member he was a also a Christian believer and Jesus was his Savior and Lord and he is now in Heaven with his wife June and other loved ones ..you will be missed Uncle Rip by your family and many others ..Love from Betty June
Comment Share
Share via: 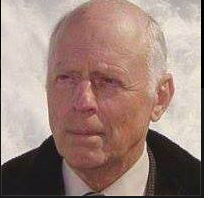