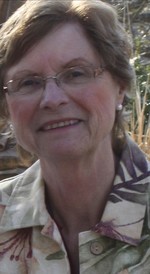 Claire Marie Shea, February 19, 1939- April 15, 2020
Daughter of the late Richard and Mary Shea of Norwwod, MA. Sister of the late Richard Shea of Chicago, Il. Claire is survived by Janet Goba of Old Orchard Beach, ME, Geoffrey Goba of Kennebunk, ME, David Goba of Needham, MA and Oliver & Kathleen Goba of North Kingstown, RI. Her grandchildren Owen, Daniel, and Caroline Goba of North Kingstown, RI.
Claire graduated from Norwood High School in Norwood, MA in 1957. She adored her many classmates with whom she remained lifelong friends.
Claire married Bernard Goba in 1962, having four children, Janet, Geoffrey, David and Oliver.
In 1969, Claire was instrumental in the creation of the King’s Wood Montessori School in Foxboro, MA.
Following the end of her marriage, Claire moved to Kennebunkport, ME in the early 1980’s where she began her career at Alison’s Restaurant. She worked at Allison’s for approximately 30 years. She loved her time at Allison’s and considered her many co-workers and customers dear friends. Claire lived in Maine for the remainder of her life.
In 1986, Claire went to college at the University of Southern Maine and earned her bachelor’s degree in Communications in 1989. During her time at USM, she spent her junior year in Galway, Ireland studying at University College Galway. Her year in Ireland was a dream come true for Claire.
Claire’s family would like to thank the staff at Southridge Nursing Home in Biddeford, ME who provided her with exceptional care over her final years and days.
Claire loved her children, grandchildren, and her many friends. She loved the theater and was a season ticket holder at the Ogunquit Play House for many years. As well, she volunteered at Portland Stage for many years. Claire was an avid trader of antiques and was a regular fixture at Flea Markets throughout New England. Claire loved to travel and encourage everyone to do the same. Claire had too many close friends to name individually, she loved them all.
A Memorial to be held at a later date.
Claire will be missed by all.