To leave condolences for Diane Bodwell's online memorial, sign in using one of the following options:

Provide comfort for the family of Diane Bodwell with a meaningful gesture of sympathy.

Family and friends will remember fondly the many talents Diane was blessed with including her painting and sewing skills, her impressive green thumb with many floral and vegetable gardens surrounding her home, and her impressive ballroom dancing moves, where she and enjoyed many weekends of dancing with her husband Woody. Among these many hobbies and talents, Diane was an avid reader. Anybody entering her home would have felt they were entering a library as her collection was broad and extensive.

Diane began to plan for retirement when her health began to fail. She fought hard with the support of her family and friends and would eventually be supported towards her peaceful passing with the wonderful support of her providers at Hospice of Southern Maine. Diane is survived by her husband Verne; daughters; Crystal Roberts and her partner Douglas Marks of Old Orchard Beach, ME; Cheryl Bougie of Dover, NH; son Paul Roy of Biddeford, ME; step-son Verne Bodwell, III and his wife Maggie Bodwell of Arundel, ME; step-sister Karen Canning and her husband Mark of Suffield, CT; grandchildren, Jamie Bougie and Elizabeth Bougie of Brighton, MA; Eric Welch and his partner Kianna Tucker of Sanford, ME, Breanne Decker and her partner Levi Bryant of Springvale, ME; Andrew Welch of Sanford, ME; Ashley Dyer of Old Orchard Beach, ME, Nolan and Connor Roy of Biddeford, ME, Colby and Jake Bodwell of Arundel, ME as well as six great grandchildren with one more on the way.

Friends are invited to visit with the family 5 – 7 PM Thursday, February 6, 2020 at Bibber Memorial Chapel, 67 Summer St. Kennebunk, with a celebration of her life to be held 3 PM Friday, February 7, 2020 at the chapel. Interment will be 9 AM Monday at Laurel Hill Cemetery, Saco.

In lieu of flowers, donation in remembrance of Diane may be made to Hospice of Southern, Maine at 180 US Route 1, Scarborough, ME 4074.

To leave a message of condolence, please visit Diane’s Book of Memory page at bibberfuneral.com.

Receive notifications about information and event scheduling for Diane

We encourage you to share your most beloved memories of Diane here, so that the family and other loved ones can always see it. You can upload cherished photographs, or share your favorite stories, and can even comment on those shared by others.

Posted Feb 21, 2020 at 10:37am
Woody, We are so sorry to hear of your loss. I know we have lost contact over the years and sadly we did not get to know Diane. She must have been an exceptional lady who will be greatly missed. Please accept our deepest condolences. Know that you and your family are in our prayers.
John and Cindy Snow
Comment Share
Share via:
RL

Posted Feb 06, 2020 at 06:11am
So sorry to hear of her passing.she was a great person.I knew her for many years through the knitting machine world. Don Bean. 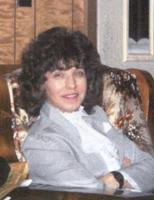