To leave condolences for Dorothy Callaghan's online memorial, sign in using one of the following options:

Dorothy and John raised their family in Raymond, where she worked for a time at The Hardware Store. Dorothy worked at several locations during her career, including Woolworth’s in Rochester, as well as helping her father in his printing business. She was best remembered for her twenty plus years as she prepared meals for the Raymond Consolidated School District. She was active with her daughters in the Raymond 4H Club. Other affiliations included the VFW Auxiliary, the D.A.R., and the Girl Scouts.

Dorothy and John resided in Wells for 30 years, where Dorothy served as a hostess at Congdon’s Donut Shop. She was a communicant of St. Mary’s Church where she volunteered in the Food Pantry and remained close to her church family by welcoming Eucharistic ministers to Huntington Common every Sunday. She was an accomplished singer and performed at many wedding ceremonies over the years. Dorothy enjoyed knitting, needlework and tending to her flower gardens.

In addition to her husband, she is predeceased by a daughter, Sharon Dugas.

Calling hours will be on Monday, January 20, 2020 from 3:00 p.m. to 6:00 p.m. at Bibber Memorial Chapel, 111 Chapel Road, Wells. A Mass of Christian Burial will be celebrated on Tuesday, January 21, 2020 at 11:00 a.m. in Holy Spirit Parish/St. Mary’s Church, 236 Eldridge Road, Wells with Rev. Father Fred Morse presiding. Spring burial will be in St. Mary’s Cemetery, Rochester, NH, where she will be laid to rest alongside her loving husband John.

In lieu of flowers, memorial donations in her name are encouraged to: Food Pantry, St. Mary’s Church, 236 Eldridge Road, Wells, ME 04090.
Read Less

Receive notifications about information and event scheduling for Dorothy

Donations are being accepted for: Food Pantry at St. Mary's Church.

We encourage you to share your most beloved memories of Dorothy here, so that the family and other loved ones can always see it. You can upload cherished photographs, or share your favorite stories, and can even comment on those shared by others.

Posted Jan 20, 2020 at 09:36am
My family and I had the pleasure of working with Dot for over 25 years. As we added full service dining rooms Dot was our first hostess. Always gracious, always welcoming to all of our guests. Rarely do you meet someone with that kind of Graciousness with everyone she met. Our years with her were amazing and as I look back we all were blessed to have her in our lives. Heaven is a better place to have her back. I’m sure john is pretty excited to have her back again too
Comment Share
Share via: 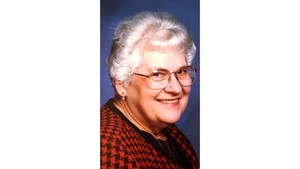