To leave condolences for Edmund Damon's online memorial, sign in using one of the following options:

Print
KENNEBUNK, ME. Edmund Holcombe Damon, “Ted”, 90, of Kennebunk, ME and former longtime resident of Greenwich, CT, died Monday, May 25, 2020 at his residence surrounded by his loving family.

Family came first for Ted. The most import... Read More
KENNEBUNK, ME. Edmund Holcombe Damon, “Ted”, 90, of Kennebunk, ME and former longtime resident of Greenwich, CT, died Monday, May 25, 2020 at his residence surrounded by his loving family.

Family came first for Ted. The most important things in Ted’s life were his “three girls” – his wife Florence, and daughters Elizabeth and Leslie, whom he loved deeply. Other great loves included hot fudge sundaes and summers spent on Heron Island in South Bristol, Maine. He was known for his kindness, compassion, and generosity of spirit. He enjoyed music and would spontaneously break out in song. He had a great sense of humor, could recite many favorite long poems by heart and was an award-winning painter. He was a compassionate listener and trusted mentor and friend. His extensive and varied library reflected his intellectual curiosity and desire for self-development. His love of life and positive attitude carried him through the last chapter of his life.

Ted was born August 5, 1929 in St. Louis, MO, the son of Ralph S. and Harriet Holcombe Damon. He graduated from Choate School, Amherst College, class of 1951, and received his master’s degree in Business Counseling from the University of Bridgeport.

A US Air Force veteran, Ted served 3 years during the Korean War and 7 years in the Reserves. He was a distinguished graduate from Officer Candidate School and attained the rank of 1st Lieutenant during his service in Strategic Air Command Intelligence.

Ted began his long history of successful corporate leadership with Strategic Materials Corp. He spent the next 18 years with the Singer Company, NYC, where he served as Vice President of Corporate Development and a member of Singer’s management committee. In 1983, he became President and C.E.O. of Pantasote, based in Greenwich, CT, a position he held until 1989. Ted served on the boards of the Milton Roy Company, Bombay Company, Stevens Graphics Corporation, Arnold Foods Company, Newpac Industries, Barnes Engineering, President’s Association, and Desai Capital Management, Inc.

Ted’s reply to a greeting regarding his well-being was always “Outstanding!” Yet it was his community contributions which were “outstanding.” While a resident of Greenwich, Ted was actively involved in his community serving as Vice-Chairman of the American Red Cross (Greenwich Chapter), as President of The United Way of Greenwich, board member of the Greenwich Community Fund and the Child Guidance Center and helped to establish the Fairfield County Community Foundation. In his personal quest for spiritual understanding, Ted was a member of the First Presbyterian Church, where he was chairman of the church council and an Elder for 20 years. He later became a lay leader and Trustee at the First Church of Round Hill.

After moving to Maine, Ted combined his unwavering dedication to investing in the lives of young people with his desire to share his passion for life-long learning by founding the Education Foundation of the Kennebunks and Arundel. The Foundation enhances excellence in the public schools by providing students with opportunities for hands-on learning, allowing them to engage the world in a meaningful way and to “let the students know they are creative, each and every one in their own way.” Ted heard from many RSU 21 students and parents expressing their excitement and gratitude for the life-changing experiences offered by EFKA.

Service to his Maine community also included his role as President of the United Way of York County, where he chaired the Children and Youth Focus Group, a founding member of the Communities for Children for Kennebunk, and Trustee of York County Children’s Aid Society. Ted was an active member of the Church on the Cape in Kennebunkport, where he began its involvement in Bon Appetite, a meal program for those who need help, currently being served in the Second Congregational Church in Biddeford. An avid tennis player, he was a former member of Edgcomb Tennis Club as well as a member of Webhannet Golf Club.

A family ceremony was held at Hope Cemetery, Kennebunk. A celebration of Ted’s extraordinary life will be held at a later date. His charge to all of us would be to have an outstanding day!
Read Less

Receive notifications about information and event scheduling for Edmund

We encourage you to share your most beloved memories of Edmund here, so that the family and other loved ones can always see it. You can upload cherished photographs, or share your favorite stories, and can even comment on those shared by others.

Posted Jun 21, 2020 at 09:47pm
Saying a prayer of gratitude for Ted and his life. Doug and I knew him for a couple of years (1980-1982) at FPC Greenwich and appreciated his kindness, mentoring and faithfulness. May God give you peace as you grieve his loss. Sending you love and light.

Posted Jun 14, 2020 at 10:56am
I just this morning learned of the passing of one of my very favorite people. I had the privilege of knowing and working with Ted for many years when I was with the Greenwich United Way. He was a mentor, an incredibly committed volunteer, a very smart, generous and trusted advisor - but most importantly a very good friend. Ted and I would go out for lunch very often, even long after his time on the United Way Board had ended. He told me he wanted to have lunch to stay up on everything happening in the community - but honestly - I enjoyed and got so much more out of being with him that he could ever had gotten from me. Such a wonderful, kind and giving man - a real gentlemen with a heart bigger than anyone I know! It makes me so happy to see how much community service he was involved in long after his move from Greenwich - because I know, better than most, how much wisdom and heart he had to give. .Many years have passed since I have seen Ted - but the memories and good feelings have never faded. My most sincere condolences to Florence and the rest of the Damon family. Stuart Adelberg
Comment Share
Share via:
D 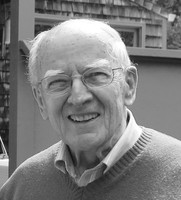