To leave condolences for Elliott LaMontagne's online memorial, sign in using one of the following options:

Born April 2, 1926 in Northampton, MA he was the youngest child of Elliott L. LaMontagne and Laure (Dragon)... Read More
Elliott Lester Edward LaMontagne, 93, of Kennebunkport, ME passed away peacefully Tuesday, November 19, surrounded by his family.

Elliott was affectionately nicknamed “Bompa” by his grandchildren. He proudly served during WWII with the Merchant Marines and as an officer in the Naval Reserves during the Korean War. A fan of all things mechanical and electronic, Elliott attended Wentworth Institute of Technology after WWII, receiving a degree in mechanical engineering. He chose to focus, during his career, on development, management, and sales of marine and automotive power applications and equipment. He was employed by several New England manufacturers, and in the last decade of his career, formed a business focused on sales and service of specialty engine rebuilding equipment and shops.

In later life, he enjoyed leading computer classes for seniors, volunteering as an chairman of the conservation commission of Westport, MA, keeping up with national and political news, cataloging photos of the family, staying current and connected via wireless and computer technologies, researching family history through online ancestry services, and keeping apprised regarding the lives of his children and grandchildren.

Bompa was loved by all and will always be affectionately remembered tending his evenings, puffing on his tobacco pipe, while he caught up with news, either from those who were visiting or via televised broadcast.

The family would like to extend heartfelt thanks to all the wonderful people who supported and cared for Elliott and his family during his recent illness, including those at Huntington Commons, Kennebunk, ME; Seal Rock Healthcare, Saco, ME; Southern Maine Health Care, Biddeford, ME; Gosnell Memorial Hospice House, Scarborough, ME; and all his friends and extended family.

A funeral mass will be held at 10:00 AM on Saturday, November 23, 2019 at Sacred Heart Church, Saint Elizabeth Ann Seton Parish, 99 King Street, Northampton, MA 01060. The family will sponsor a luncheon gathering after the services for family and friends, location to be announced. No graveside service is planned.
Read Less

We encourage you to share your most beloved memories of Elliott here, so that the family and other loved ones can always see it. You can upload cherished photographs, or share your favorite stories, and can even comment on those shared by others.

Plant a Tree in Memory of Elliott
Plant a tree 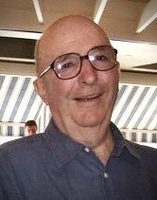