To leave condolences for George Colangelo's online memorial, sign in using one of the following options:

Provide comfort for the family of George Colangelo with a meaningful gesture of sympathy.

George was born on October 7, 1937 in Holden, MA. He lived 74 years in West Boylston, MA before moving full time to his beloved Kennebunk, Maine home. George attended West Boylston Schools, but graduated from Wachusett Regional High School in 1955 while WBHS was under construction. He attended Worcester Junior College before joining the Marine Corps. Upon returning home, George worked for Digital Corp. and shortly thereafter formed a business with his father, J. Colangelo and Son, Inc., serving as President and Treasurer, building and remodeling many beautiful buildings throughout Massachusetts. George was an avid golfer and gardener and was a past member of the West Boylston Bowling League, West Boylston Golf League, a past president of the West Boylston Athletic Association, a past member of the Wachusett Country Club and Oak Hill Country Club and was a past incorporator for Clinton Savings Bank. A perfect day was spent taking care of his prized tomatoes, hitting the links and finishing the day grilling for his family with a cold beer.

George was preceded in death by his parents, Joseph and Alma (LoStracco) Colangelo.

A Memorial Service will be held on Saturday, February 8, 2020 at 11AM at Salem Covenant Church, 215 East Mountain Street, Worcester, MA.

Receive notifications about information and event scheduling for George

Posted Jan 26, 2020 at 05:36pm
Susan and Family,
I was so saddened to hear about George's passing and I send my deepest sympathies. I am very proud and happy to have called George my neighbor, friend and fellow Board member. George had a great sense of humor and always made me laugh which made those boring Board meetings bearable. At our pool parties I always brought beers because I knew George would always have one and we could sit and enjoy them in our beautiful paradise known as High Seas. George will be missed, but always remembered.
Here's to you, George!

Posted Jan 24, 2020 at 07:06pm
Sue and family,
I am so sorry to hear about George’s passing, he always came into my shop with a smile on his face, and a quip to share. The owner of “The Jug and Stump” will miss him. Thinking of you all during this difficult time, but smiling when I remember George. Fondly, Pat Hansen

Posted Jan 21, 2020 at 11:44am
Dear Sue and Family,
We were so sorry to hear about George's passing. David and I will always remember a warm and loving person whose passion was golf and who enjoyed life, his family and especially his beloved Kennebunk. How lucky were you all to have had him with you for all these years. May he rest in peace. Good bye to a great man. Love, David and Paula Police
Comment Share
Share via:
MS

Posted Jan 17, 2020 at 09:52am
Susan, Mathew, Jennifer and Mary Jane, I am so sorry to hear of George's passing. I had known George, and Joe, since I had started working as a subcontractor in 1974 in the Worcester construction community. He was always a gentleman, honorable and honest to both customers and subcontractors, striving to provide a good project result.
I will always remember his wit and especially his Pinocchio collection. It was his reminder to himself to be honest and true. He was a good friend to me. My thoughts are with you. Marty Stein
Comment Share
Share via: 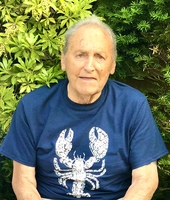 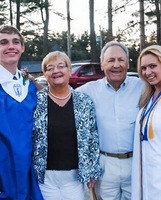