To leave condolences for Gloria Moore's online memorial, sign in using one of the following options:

“To the seashore that’s where I must go, where all my cares and worries on a salty breeze may blow…”

“To the seashore that’s where I must go, where all my cares and worries on a salty breeze may blow…”


After a long battle with cancer, Gloria Moore passed away in the early morning of Sunday December 8th while listening to her favorite Celtic Thunder song, "Mull of Kintyre", with her devoted daughter Lisa Weigle and son-in-law Darrin Weigle at her bedside.

She was born Gloria Jean Hoffman, the fourth of six children, on August 26th 1944 in Reading Pennsylvania and moved to Rahway NJ at the age of three. Gloria graduated from Rahway High School and soon after married Thomas Deubel. Together, they had three children; Bonnie, Lisa, and Paul.

Gloria lived out most of her life in Jackson NJ, later married Ellis Moore (also of Jackson), and worked in both ‘the arts’ and manufacturing operations. After the death of her husband Ellis, Gloria left New Jersey in January 2019 and moved to Kennebunk Maine to be with her loving daughter Lisa… fulfilling a lifelong dream to “live by the sea”.

Her greatest joys and interests in life were her children, traveling with family, crocheting and knitting, gardening, crossword puzzles and sudoku, dogs and dog shows, Thomas Kinkade artwork (in addition to her own personal heirloom artwork creations), scenic walks, and enjoyment of the sea.

Gloria always had a song in her heart, a smile upon her face, and she always marched to the beat of her own drum. She will be ever missed and ever loved.

Print
No services are scheduled.

We encourage you to share your most beloved memories of Gloria here, so that the family and other loved ones can always see it. You can upload cherished photographs, or share your favorite stories, and can even comment on those shared by others.

Posted Dec 13, 2019 at 12:44pm
Dear Lisa and Family,
Our condolences to you and the entire family. Our prayers are with you at this time of sorrow of the loss of your mother, grandmother, sister, aunt and in law. May the memories of Gloria be kept close to your hearts. She is now in the arms of our Lord Jesus Christ for all eternity until you see her in heaven.

May her love, strength, courage and compassion be passed to you all and continue to share her legacy in your family.

I recall meeting her on our 50th birthday celebration Lisa in Freehold. She had the most wonderful smile on her face when we introduced ourselves.

I am blessed Lisa by you sharing wonderful pictures of you both on FB. Family is so important and you created such wonderful times together of the photos you posted.

Sam and I will pray for all of you and send you love, comfort and peaceful thoughts.
God Bless, 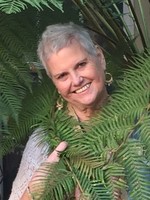