To leave condolences for Harry Haslam's online memorial, sign in using one of the following options:

As a youngster he had a love for adventure and being outdoors. He learned the game of soccer at Tre... Read More
Harry K. Haslam Jr., born March 7th, 1964 and passed away quietly on August 28th, 2020. Harry was born and raised in Bass Harbor, Maine.

As a youngster he had a love for adventure and being outdoors. He learned the game of soccer at Tremont Consolidated School. Each year as he grew so did his love for soccer. He was able to play soccer from grade school through his final year of high school. Harry graduated, Class of 1983, from Mount Desert Island High School. Also, during this time Harry was growing, so was his second love of being out on the ocean. Harry spent lots of time after school, on weekends and vacations being at the local wharf in Bass Harbor where he baited lobster pockets. According to him the best times were when he was able to assist a local lobster man on his lobster boat.

After high school Harry moved to Concord, NH where he worked for a company that assemble amusement park rides. A few years later Harry moved back home, where he bought his beloved lobster boat, “The Has” and he fulfilled his dream of being a lobster man. On June 12, 1992 Harry was in a horrible motorcycle accident that altered his adult life. Over the next several years he was placed in different rehabilitation homes based on care when he was placed at RiverRidge in Kennebunk, Maine. RiverRidge became his forever home.

The Haslam family would like to extend our gratitude to the entire staff at the RiverRidge for their kindness and care of our beloved Harry for so many years. Harry will be missed by many folks from one coast in Maine to another.
Read Less

Receive notifications about information and event scheduling for Harry

We encourage you to share your most beloved memories of Harry here, so that the family and other loved ones can always see it. You can upload cherished photographs, or share your favorite stories, and can even comment on those shared by others.

Posted Sep 09, 2020 at 03:41pm
I can attest Harry was a tough as nails defender for MDI HS, and a great teammate. Goodbye, fare well, soccer brother Has!

Posted Sep 03, 2020 at 09:25pm
Sorry to hear of Harry’s passing one of the good guys had fun in high school with him. Gone to soon. Rip
Comment Share
Share via:
VP

Posted Sep 02, 2020 at 01:27pm
Sorry to read of Harry's Passing. What a great kid through the years at Tremont School. Harry was always willing to help out with any needed task and especially giving a hand in time of need to his fellow students and teammates. Leader on and off the athletic fields. His upbeat personality and laughing/smiling nature were infectious. Loved my time with him as did all of his teachers and coaches. May God Rest His Kindhearted Soul. My condolences to Mom Judy, Sister Kaloe, Brother Martin, and extended family.

Peace out to a witty, delightfully mischievous, and kind soul. God how you used to make me laugh, Harry!! Have held ya in my heart for many years, and while I am sorry to hear of your passing I picture you riding and happy, on a long, long road, hair blowing in the wind, big ol grin on your face. Theresa Hodgdon 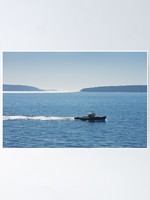