To leave condolences for James Glode's online memorial, sign in using one of the following options:

Jim grew up in Acton, MA, graduating from Acton-Boxborough High School. He continued on to college, attending Northeastern University.

On September 20, 1997, he married Brenda Leigh Becquart. They raised an amazing family, welcoming four wonderful daughters to their lives. He lived for his girls. Every sporting competition in which they participated, Jim was there-quietly cheering and coaching.

Jim and Brenda were successful entrepreneurs. For many years, they owned and operated “The Chocolate Dipper,” a candy store with multiple locations in the Boston area.

Jim was an avid outdoorsman and enjoyed fishing, scuba diving, hiking, hockey, and boating. He loved to be out on the water in his boat.

He is predeceased by his mother, Linda Gray.

A Memorial Service will be held in Acton, MA in the Fall
Read Less

Posted Jun 25, 2020 at 09:46am
MISS ALL YOU GUYS. PICNIC STREET NOT THE SAME AFTER YOU LEFT. I MISS JIM AND ALL THE TIMES WE HAD TOGETHER---THE OCEAN FISHING TRIPS IN HIS BOAT AND ICE FISHING. HE SURE LOVED BEING OUT ON THE OCEAN; HE REALLY KNEW WHAT HE WAS DOING. I HAVEN'T BEEN OCEAN FISHING SINCE LAST TIME I WENT WITH JIM. WHEN I GET TO GO OCEAN FISHING AGAIN, I CERTAINLY WILL BE THINKING OF ALL THE GOOD TIMES JIM AND I HAD. HE SURE IS MISSED BY ME--DICK.
Comment Share
Share via:
KK

Posted May 22, 2020 at 01:57pm
I spent my childhood around Jimmy and the Glode family. I am privileged to have known them all and realize how lucky I was. Godspeed
to you Jimmy. Duane
Comment Share
Share via:
B

Posted May 20, 2020 at 07:22pm
Lots of memories of my brother , sister and I going out to Acton and the Glodes coming to us in belmont!We played baseball and street hockey and had a blast growing up together! My condolences to the whole family!Bobby Giordano
Comment Share
Share via:
B

Posted May 20, 2020 at 07:22pm
Lots of memories of my brother , sister and I going out to Acton and the Glodes coming to us in belmont!We played baseball and street hockey and had a blast growing up together! My condolences to the whole family!Bobby Giordano
Comment Share
Share via: 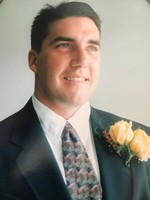