To leave condolences for James Keating's online memorial, sign in using one of the following options:

In addition to his parents, Jim was predeceased by his sister, Judith Keating.
Jim is lovingly remembered by his wife, Francine of Kennebunk; his brother, Richard and his wife, Mary of Kennebunk; his sister, Joanne Keating Johnson and her husband, Jerry of Grayton Beach Florida; his half-brother, John P. Keating and his wife, Emily of Astoria, NY; his nieces, Jillian Johnson, Ann-Catherine Keating, Navah Luxenberg, and nephew James Keating, five stepsisters and many close friends.
Due to precautions taken during the Covid-19 pandemic, a celebration of life and memorial service will be held at a later time. Should friends choose, memorial donations in his name are encouraged to: National Ataxia Foundation, 600 Highway 169 South, Suite 1725, Minneapolis, MN 55426 (naf@ataxia.org).

To share a memory or leave a message of condolence, please visit Jim’s Book of Memories page at www.bibberfuneral.com

Donations are being accepted for: NATIONAL ATAXIA FOUNDATION INC.

Posted Jun 22, 2020 at 03:26pm
Jim taught me a lot about antiques and Lower Village. He was a generous and honorable man who ran the best auctions in Maine. He is missed.
Comment Share
Share via:

Posted Jun 21, 2020 at 02:52pm
We saw the obituary for Jim in the Antique and Arts Weekly. We remember traveling Route 1 in the 1970's - 2000 searching out treasures in the numerous shops. The auction at the Keating Barn was the focal point of our journey. Jim was always smiling and happy. He was a joy to converse with. He was one of the handful of people in the trade to treat Meg as an unqualified equal even remarking to the staff to watch how well she tied a china closet in her Isuzu truck.
In later years we met at the Ogunquit Playhouse where we shared stories and memories. We will miss him.
Bruce and Meg Cummings, Southampton Antiques
Comment Share
Share via:
DB

Posted May 23, 2020 at 02:20pm
My deepest condolences . What a gift Jim was to this world.
He always had a smile, a laugh a friendly greeting or joke.
I so enjoyed his company at the KSB outings!
He will be missed. Sending prayers, support and love,
Kathy Dietz
Comment Share
Share via:
BC

Posted May 21, 2020 at 02:24pm
My condolences to the family it's not easy to loose our beloved ones and God will never forget the work he did Hebrews 6:10
Comment Share
Share via: 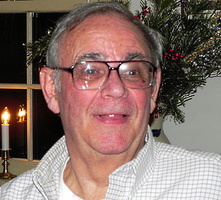