To leave condolences for James Petersen's online memorial, sign in using one of the following options:

Print
On Wednesday, October 9, 2019, James E. Petersen, loving husband, father, and grandfather passed away at the age of 65 from complications of cancer.

James was born April 26, 1954 in Portland, ME. He graduated from Brewer High School and... Read More
On Wednesday, October 9, 2019, James E. Petersen, loving husband, father, and grandfather passed away at the age of 65 from complications of cancer.

James was born April 26, 1954 in Portland, ME. He graduated from Brewer High School and then enlisted to serve his country in the United States Air Force. James then married his wife and best friend Kathy of 45 years on October 5, 1974.

Upon his marriage and honorable discharge from the Air Force, James and Kathy returned to their home state of Maine where they raised their two children, Emily and Nicholas. After returning to Maine, James continued his selfless service to the United States by working and retiring from the Portsmouth Naval Shipyard after a career of 26 years as a Nuclear Health Physicist.

James had a strong passion for his family and close friends. When he wasn’t busy working on his various projects he enjoyed fishing, boating, tinkering, travelling, watching the Red Sox, and drinking an occasional Bud Light!

James is survived by his wife Kathy; daughter, Emily and her husband Andy; son, Nick; brothers, Chris and his wife, Tammy, Nils “Nick”, and Carl and his wife, Debbie; grandson, Mason and soon-to-be grandson, Carson; and numerous nieces, nephews, and friends.

In lieu of flowers, donations may be made in James’ name to Wells Emergency Medical Services, Inc., 114 Sanford Rd., Wells, ME 04090.
Read Less

Donations are being accepted for: Wells Emergency Medical Services.

Plant a Tree in Memory of James
Plant a tree
0 trees have been planted in memory of James E. "Jim" Petersen
CB

Posted Oct 17, 2019 at 12:33pm
To the Family/Friends of Jim: My sincerest condolences to you all. I was a Secretary in RadCon and Jim was one of the worker bees. What a great sense of humor he had. I know he will be missed by many. May your hearts find peace in your happy memories of times shared with him.
Comment Share
Share via:
SR

Posted Oct 13, 2019 at 03:40pm
Dear Kathy, Emily and Nicholas,
We are so sorry to hear of Jim’s passing. Our thoughts and prayers are with you and your families during this difficult time. If there is anything we can do for you, please let us know.
Love Bob and Bert
Comment Share
Share via: 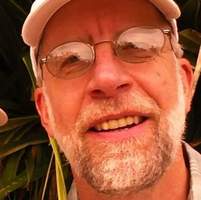