To leave condolences for Jean Skinner's online memorial, sign in using one of the following options:

Jean was born in Greenfield, MA October 13, 1942 to Melvin F. and Isabel M. (Welch) Skinner. Jean was the only daughter out of 5 children. Because... Read More
Jean Marilyn Skinner, 77, passed away unexpectedly at her home Thursday, August, 27 2020.

Jean was born in Greenfield, MA October 13, 1942 to Melvin F. and Isabel M. (Welch) Skinner. Jean was the only daughter out of 5 children. Because of her father’s job, they moved quite often and finally ended up in Moorestown, NJ in 1958. Jean graduated from Moorestown High School in 1961 and enlisted in the United States Marine Corp. She completed basic training at Recruit Depot Parris Island in Port Royal, SC and was stationed at Quantico in Virginia. After leaving the Marines in 1963, Jean headed north to Maine.

Jean worked at Kesslen shoe shop in Kennebunk for a short time before working most of her career at Morning Star/Corning Scientific in West Kennebunk until she retired in 2004.

Jean’s favorite place was the beach. You could find her there on any sunny day with her chair, radio and a good book.

Jean was predeceased by her father, Melvin; mother, Isabel; and youngest brother, Robert. She is survived by her brothers, David W. of South Berwick, ME, Donald P. of Moorestown, NJ and Richard M. of Fort Atkinson, WI; uncles, Cliff Welch and James Welch of Kennebunk; aunt, Frances Grace of Kennebunk; nieces, Rebecca Teran of AZ, Autum Whitehill of NH, Theresa Cruz-Paul of NC, Erin Fritz of PA, and Heidi Young of ME; nephews, Kevin Skinner of NJ, and Doug Skinner and Brian Skinner of Wisconsin.
Jean was blessed with many cousins, great nieces/nephews and extended family who loved her. She will be missed

At her request, there will not be any services at this time.
Read Less

Receive notifications about information and event scheduling for Jean

We encourage you to share your most beloved memories of Jean here, so that the family and other loved ones can always see it. You can upload cherished photographs, or share your favorite stories, and can even comment on those shared by others.

Posted Aug 31, 2020 at 03:25pm
We are so sorry to hear of Jean's death and wanted to send our condolences. We will miss Jean in our neighborhood as we tried to keep watch of her when she was out and about. She was a good neighbor and we visited quite often. In fact she visited us just a week before her death and I did some sewing for her. Rest in Peace Jean. Charlie and Pat Towne, Old Port Rd. neighbors.
Comment Share
Share via: 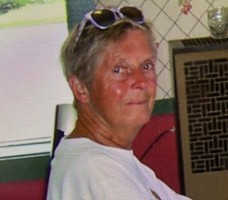