To leave condolences for Jere Gauthier's online memorial, sign in using one of the following options:

Jere was born April 28, 1940 in Biddeford, ME, a son of George and Bertha (Houle) Gauthier. He graduated from Kennebunk High School, Class of 1958. Jere proudly served his country aboard submarines in the U.S. Navy for 22 years, retiring in 1979. After retiring, he continued to serve his community by working in the Kennebunk school system. On July 15, 1961, Jere married Patricia Anne Taute, celebrating nearly 59 years together.

Jere enjoyed building and became quite an accomplished carpenter. He enjoyed reading, music and gardening. He enjoyed all sports and NASCAR. Most importantly, Jere loved his family, friends and pets.

Jere is dearly missed by his wife, Pat; his children, David Wayne Gauthier of Lyman, ME and Cheryl Anne Waters of Rockledge, FL; his brother, John Gauthier and his wife, June, of Augusta, ME; and his grandson, Tristan.

There will be a private graveside service for Jere at Hope Cemetery with military honors.
Read Less

Receive notifications about information and event scheduling for Jere

We encourage you to share your most beloved memories of Jere here, so that the family and other loved ones can always see it. You can upload cherished photographs, or share your favorite stories, and can even comment on those shared by others.

Posted May 06, 2020 at 03:49pm
I am so sorry to learn of Jere's death. He was my cousin and we grew up together in Kennebunk. We had much fun - biking, playing monopoly for hours, looking at his stamp collection, and enjoying our camps at Poverty Pond in Shapleigh. Patty, I actually learned of this through Butch Bilderback who lives in Alabama and who we graduated with in 1960. He often looks at obituaries in the Kennebunk area and let me know about this. I hope you are doing OK.
Judy Lambert
Comment Share
Share via: 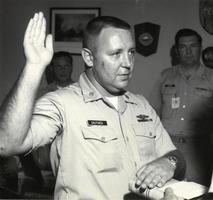