To leave condolences for John Senese's online memorial, sign in using one of the following options:

Your condolence has been submitted for approval. There may be a delay before posting.

Jack was born in Brooklyn, New York, on May 17, 1929, to John G. and Maryon K. Senese.
He earned his way into Massachusetts Institute of Technology and graduated in 1950 with a B.S. in Chemical Engineering. It was in Boston that he met the love of his life, Anne Marie Shea, whom he married in 1951.

Jack lead a successful career in top engineering firms, and, in 1976, he made the courageous leap to start his own company, CPI Incorporated. After many years of hard work, CPI was regarded as a leader in the industry. Equally important as success to Jack were the lifelong friendships he built along the way.

Upon the sale of CPI and his retirement in 1994, Jack and Anne moved to Kennebunkport, Maine. He and Anne thoroughly embraced the adventure of making new friends, renovating two houses well into their 80s , traveling and living the life they dreamed of together.

Jack, a devout Catholic, credited his profound sense of spirituality and belief in God as a great source of his joy and comfort, saying that prayer had become an essential element of his life. He remained living independently in Kennebunkport where he discovered a love for painting, volunteering with Hospice and spending time with family.

Jack was a dedicated and loving husband of father of four. He was predeceased by his beloved Anne Marie Shea Senese on January 26, 2015, and his daughter Kathryn Pleasants on December 8, 2015.

Jack will be remembered by his contagious smile and a profound zest for living his life to the fullest.

In lieu of flowers donations may be made toward the art department at The Center, 175 Port Road, Kennebunk, ME 04043, attention Kate Jollie, in Jack’s memory.

Visiting hours will be held 4-6 PM Thursday, July 30, 2020 at Bibber Memorial Chapel, 67 Summer St. Kennebunk. All are reminded to bring a mask to wear, there will be a few available if needed. A funeral mass and burial will be private.
Read Less

Print
Funeral mass will be private

Plant a Tree in Memory of John
Plant a tree
0 trees have been planted in memory of John G. "Jack" Senese Jr.
JB

Posted Sep 28, 2020 at 01:48pm
To the family of Jack, our deepest sympathy, prayer, and support as you grieve this wonderful man. Your Mom and Dad have been friends of MMM for many years. We had the most wonderful surprise today of receiving the bequest they made to us which was a total surprise. We do not have any addresses of the family, but at least today, you know that the Medical Missionaries of Mary are with you as you grieve. May the good and wonderful memories be a source of comfort now,
Sincerely, Sister Joanne Bierl MMM (Chicago)
Comment Share
Share via:
WR

Posted Sep 08, 2020 at 09:52pm
The news of Jacks passing was very difficult for me to come to grips with. It has taken me some months to share what he meant to me. The entire Senese family made 16 years of my life at CPI something few people get to experience. Jack mentored me and encouraged me like a father would. To say I loved Jack is an understatement - I miss him but continue to remembe the memories we made. He made an impact on my life like no other. RIP Jack - see you on the other side some day.
Comment Share
Share via:
LW

Posted Aug 17, 2020 at 11:14pm
I met Jack Senese in 1979 when I joined his company CPI. He was pleasant and full of energy and you could tell he had a zest for life. Working for him was a pivotal point in my life. His company afforded me wonderful experience and I will be forever grateful to him for giving me the opportunity to work for him. He was always cheerful and gracious. I am very sorry for the loss of Jack. He touched so many lives in such a positive way. Please accept my condolences for the loss you feel at this time.
Comment Share
Share via:
GK

Posted Aug 05, 2020 at 01:04pm
Jack Senese was a role model for me. He was savvy and smart and the life of the party. In the work environment, he was intense and built a highly respected engineering company. My condolences to his family.
Gene Killian
Comment Share
Share via:
BS

Posted Jul 30, 2020 at 06:16pm
To all of the Senese family.
We are saddened to hear of Jack's death. A life well lived! Both of your parents were wonderful and generous friends to my mom Helen and the great group they had in Newtown. I'm sure that Jack, Ann and mom, along with many others are together again.
Helen Smith's Family - Bart, Shap, Kari, Conrad & Hillary
Comment Share
Share via:
HN

Thank you Bart for your kind words. Our parents sure did have a wonderful life together 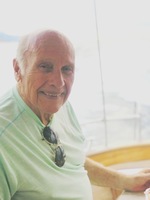 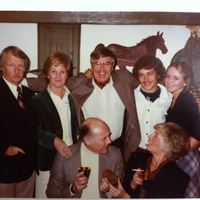