To leave condolences for Judith Martel 's online memorial, sign in using one of the following options:

On Wednesday August 19th, 2020 the world lost a beautiful daisy. Judith Ann Drown Martel, passed away unexpectedly in her sweet little antique farmhouse, that she and her husband, Johnnie worked so hard to restore. Judie and Jo... Read More
KENNEBUNK

On Wednesday August 19th, 2020 the world lost a beautiful daisy. Judith Ann Drown Martel, passed away unexpectedly in her sweet little antique farmhouse, that she and her husband, Johnnie worked so hard to restore. Judie and Johnnie were a set, a team, and soulmates that together created a very loving home for their 2 children.

Judie grew up in Arundel Maine and attended Arundel schools. She and her family traveled and lived all over New England when she was growing up as her Dad worked construction. Always happy to come back home to Arundel, with her extended Drown family all living close by, she graduated Kennebunk High School in 1968, and married her High School Sweetheart, Johnnie Martel, that fall.

A natural and classically trained artist, Judie was bestowed an honor by the Portland Museum of Art, by exhibiting her (student) works while she was still in college. She was often found drawing beautiful portraits of her favorite subject, people, whether it be on a canvas or on a cocktail napkin. In addition to being a gifted artist, she was also an amazing calligrapher, and her handwriting talents were sought out for everything from wedding invitations to Bible inscriptions. She even taught herself how to create professional-quality building plans!

Her keen artist's eye was paired with a great sense of humor, and an amazing gift for making friends. She often saw the world through a "set of rose-colored glasses," as she always saw the beauty in people, and the positive in tough situations. This ability also allowed her to have great empathy and understanding for those in need, often donating her time to many organizations and individuals. Whether it was people who were close to her, or people she just met, they all knew they were loved and valued. Her family, however, was her greatest love and her greatest creation. She and Johnnie built their successful electrical business together while raising their 2 children, and she earned her associate degree in social service by taking college courses at night.

Judie wanted the best for her children, and gave them unconditional love, because she had always said "childhood should be magical!" Kids were always coming to the house to play, and Judie welcomed them all. She led scout groups, tutored, and taught a group of neighborhood girls all about ABBA while everyone danced in the Martel living Room. Judie's magnificent record collection and Hi-Fi system were always put to good use when folks came over for family parties, or an after-girl-scout-meeting boogie-down disco-party. She also coined the phrase "Party in a Box," when talking about the massive karaoke music collection she had for her karaoke machine. She would bring "party in a Box" to family parties, and it was always a huge hit! Of course, big family parties also include everyone bringing their instruments, and Judie often sang or played along on the guitar. That was when she was her happiest: with her Johnnie, her kids, her family, friends, and music.

Sadly, in 2014, her rose-colored glasses and generous heart were both broken, when she lost her soulmate and husband, Johnnie Martel. She will be greatly missed by us all here on Earth, but we are sure that she is surrounded by family and loved ones, most especially her Johnnie. Until we meet again, every smiley face drawn will be in honor of my mom, Judie, the best cartoon smiley face artist in the world (if you’ve ever received a card from her, you know what I mean). Every favorite song will be sung with great gusto and feeling, 🎶🎶 and Daisies will forever be her flower, as she always said, “they are the happiest flower!”

Judie is predeceased by her Father and Mother, Frank and Blanche Drown, and her brother, James "J.D." Drown

She is survived by Daughter, Jennifer Martel-Pettit, Jen's husband, Jerry, and their daughter, Jane Elizabeth.
Son, James Martel, his wife, Renee, and their children, Jackson and Julia.

In lieu of flowers please donate to your favorite charity or call a friend or loved-one that you haven’t seen in a long time.
Life is too short.
Read Less

Receive notifications about information and event scheduling for Judith

We encourage you to share your most beloved memories of Judith here, so that the family and other loved ones can always see it. You can upload cherished photographs, or share your favorite stories, and can even comment on those shared by others.

Plant a Tree in Memory of Judith
Plant a tree 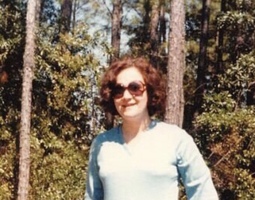 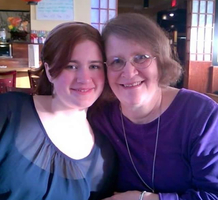