To leave condolences for Kenneth Paradis's online memorial, sign in using one of the following options:

On April 6, 1959, he married his sweetheart Geraldine “Gerry” M. Desjardins. They enjoyed 61 amazing years together.

Ken began a decades-long career as an Arbitrator, first working for Reilly-Stoker Boilermakers in Worcester, MA, and then for Monsanto in St. Louis, MO. It was then on to Washington, D.C., where he served as Vice President of National Constructors Association. Ken then served as Manager of Labor Relations for the Big Dig Project in Boston and was highly respected by both Union leadership and rank and file members. Ken and Gerry moved to Wells in anticipation of their retirement, but Ken remained active as an Arbitrator. He was a member of the American Legion, the American Arbitrator Association, and the American Association of Safety Engineers. He was awarded the prestigious Cushing-Gavin Award from the Labor Guild and the Archdiocese of Boston in 1999, which is presented to only the BEST in Labor Relations Management, of which he was extremely proud.
Ken and Gerry enjoyed travelling, mostly to Hawaii and Florida.

Ken loved to build things. A new deck at the house would eventually become a new room addition to the house.

He is survived by his loving wife of 61 years, Geraldine M. “Gerry” Paradis of Wells; his only child, the joy of his life: Kenneth J. Paradis and wife Christine of MA; a brother, Donald T. Paradis of VA; a sister Rachel Ann Avery of NJ; three grandchildren, Olivia, Gracie and Benjamin Paradis.

To share a memory or leave a message of condolence, please visit Ken’s Book of Memories Page at www.bibberfuneral.com.

Receive notifications about information and event scheduling for Kenneth

Donations are being accepted for: American Heart Association.

We encourage you to share your most beloved memories of Kenneth here, so that the family and other loved ones can always see it. You can upload cherished photographs, or share your favorite stories, and can even comment on those shared by others.

Posted Feb 24, 2020 at 03:39pm
In 1999 the Labor Guild honored Ken for the body of work he accomplished over his career with the Cushing Gavin Award. An award that is given by previous awardees. Making it an award that is truly given by a group of his peers.
From all of us affiliated with the Labor Guild, rest in peace our friend.
David Kowalski, Executive Director
Comment Share
Share via:
DK

Posted Feb 24, 2020 at 10:08am
My sister, Joan & I are very sorry for your loss. We are cousins. My mother Yvette Perreault, and father Bob Valliere always welcomed
your family members who were passing through Biddeford.
Comment Share
Share via:
PK

I knew Ken in the Boston area where he worked as both a labor administrator for Bechtel and later, as a labor arbitrator resolving disputes in the construction trades. Ken was always a gentleman in the conduct of his hearings and in his personal communications. He was a recipient of the Cushing Gavin Award in 1999 as a respected management representative. The labor management community has lost a great friend and colleague. We are sorry for your loss. 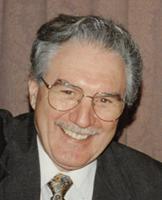