To leave condolences for Michael Riley's online memorial, sign in using one of the following options:

Michael grew up in Somersworth, NH, and attended Holy Trinity Grade School. He graduated from Somersworth High School in 1961, where his aunt, Mary Riley, headed the English department and kept him on the straight and narrow. He started a student council at Somersworth High School and served as its first president. Some of his notable accomplishments as student council president include obtaining a pay phone for student use and opening the gym to non-varsity sports, so that all could get exercise in winter months.

He was appointed by Senator Stiles Bridges to the U.S. Naval Academy in 1961, and he reported to Annapolis five days after his high school graduation. He graduated from the U.S. Naval Academy in 1965 and reported to Pensacola, FL, for flight training. He received the designation of Naval Aviator in September 1966 and was assigned to Patrol Squadron 17 in Whidbey Island, WA. He flew P-2 airplanes, and was deployed to Sangley Point in the Philippines and Camron Bay, South Vietnam, from October 1967 to May 1968. He flew during the TET offensive of 1968, and received the Air Medal. He was then assigned to teach Survival, Evasion, Resistance and Escape to Navy Pilots and Seals at NAS Brunswick, ME. He left the Navy in 1970 to pursue a career in business.

He married Nancy Sarah Mason in 1970, and they moved to Los Angeles, CA, where he obtained an MBA from the University of Southern California in 1972. They moved to Boston, MA, and he worked for Teradyne before obtaining a Doctorate of Business Administration from Harvard University in 1977. While at Harvard, Michael taught in Harvard’s Executive Program and as an Adjunct Professor at Boston University. He also worked as a research assistant at Harvard and at the Cambridge Research Institute. Two of his children, Shawn Riley and Paul Riley, were born while he and Nancy lived in Massachusetts. The family then moved to Glastonbury, CT, where Michael worked as Assistant Controller at Northeast Utilities and taught for the University of Connecticut in their evening MBA program. James Riley and Sarah Riley were born in Connecticut.

In 1983 the family moved to Birmingham, MI, where Michael worked as Treasurer of Michigan Bell Telephone Company. In 1985, they moved to Barrington, IL, and Michael worked as SVP and CFO for United Airlines. In 1987, they moved to Bettendorf, IA, where he worked as CFO of Lee Enterprises, a newspaper and TV company. In 1993, they moved to McLean, VA, and Michael became SVP and CFO of the United States Postal Service. He retired from the Postal Service in 1998 and worked as CEO of Cutler Manufacturing in Lakeland, FL, during 1999 and 2000. The family then returned to Virginia and Michael started a consulting business. He taught part time at George Mason University, and became a full-time professor at the University of Maryland University College in 2003. He continued in this role until he retired in December 2019.

He is survived by his wife Nancy; his sons Shawn, Paul (and his wife Anjanette), and James (and his wife Corinne); his daughter Sarah (and her husband Aaron); and grandchildren Katherine, John, William, Thomas, and Logan Michael.

A Memorial Service with military honors will be held on Saturday, February 1, 2020 at 11:00 a.m. at Bibber Memorial Chapel, 67 Summer Street, Kennebunk, ME. Should friends choose, memorial donations in his name are encouraged to: National Blood Clot Alliance, 267 Kentlands Blvd., #2025, Gaithersburg, MD 20878 (www.stoptheclot.org).

To share a memory or leave a message of condolence, please visit Michael’s Book of Memories Page at www.bibberfuneral.com.
Read Less

Donations are being accepted for: National Blood Clot Alliance.

We encourage you to share your most beloved memories of Michael here, so that the family and other loved ones can always see it. You can upload cherished photographs, or share your favorite stories, and can even comment on those shared by others.

Posted Feb 10, 2020 at 05:33pm
So sorry to hear of the passing of Michael. I will miss the conversations with him. When one spouse leaves a loving partnership, It is always to soon. There is an emptiness that only those who have lost a spouse can understand. My thoughts are with you.
From a fellow Vietnam Veteran and your neighbor in FL Paul
Comment Share
Share via:
MS

Posted Feb 06, 2020 at 05:03pm
I am so saddened at the loss of this wonderful man. He and I have been colleagues for many years at University of Maryland, but most importantly he was a dear friend during the best and worst of times. When you were Michael's friend, you knew you could count on him to always be "in your corner." Michael-J as I called him was a man of integrity, charm, good humor and intelligent wit, with a genuinely kind heart reflected in his wonderful smile that always seemed to have a mischievous hint. He will be greatly missed by the many students he has mentored over the years, by his colleagues and friends. My sincere condolences to the family he was so proud of and who will most miss the daily presence and abiding warmth of this generous and caring husband, father and grandfather. You have my deep and sincere sympathy and wishes for new strength with each passing day. I know you have wonderful memories to sustain you Know that those of us who called him friend will mourn with you and will be supported by our own good memories of this beautiful soul.
Comment Share
Share via:
KP

Posted Feb 02, 2020 at 12:17pm
Hello, I am a classmate and company mate of Mike’s. From New Mexico please accept my deepest condolences. Take care, I wish you well. Kip Paskewich USNA '65
Comment Share
Share via:
SB

Posted Jan 31, 2020 at 11:18am
Mike Riley was a great friend. During our days at the University of Maryland University College (UMUC), now University of Maryland Global Campus (UMGC), in Adelphi, MD, our rooms faced each other. His dedication to excellence in everything he did was exemplary. I learned much from his wisdom and grace. He wrote to me last month reminiscing our association. I'll miss him...

Thank you for your thoughtful and kind comments. -The Riley Family
ME

Michael will be truly missed.

I remember him speaking about you. Thank you for your kind comments. -The Riley Family 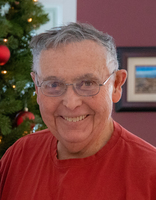 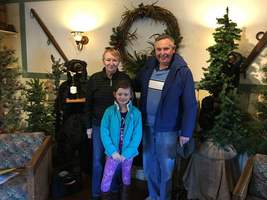 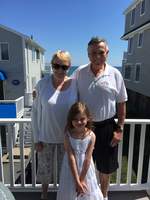 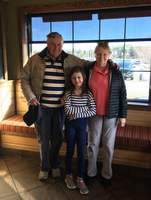