To leave condolences for Paul Mason's online memorial, sign in using one of the following options:

Paul E. Mason, 100 years young, died Sunday, December 1, 2019 at Gosnell Memorial Hospice House in Scarborough, ME. Paul was born in Boston on January 23, 1919, a son of Louis and Sarah Frances (Shapiro) Mason. He graduated from Brookline High School, and continued on to college, earning his Bachelor’s Degree in Business from Boston University, where he also excelled on the varsity tennis team.

Just prior to graduation, he was drafted to serve his country in World War II. The Army allowed him to complete his final year of college before reporting for duty. He then served in the Air Corps as a navigator in C-47 aircraft delivering supplies over the Himalayas to the troops on the China Burma Road. These missions were extremely dangerous as the flights never had air support to protect them from attacking Japanese fighter planes. Even during a time of war, Paul was able to find time for love, marrying his soul mate, Winifred Rubin, in 1944. They were married an amazing 75 wonderful years, raising three children.

He was discharged in 1946 after serving for four and half years. He then returned home and joined the family business, Mason Brothers and Tarlin, which wholesaled toys and imported goods, selling to stores all over New England. After his retirement from business, he expanded his philanthropic activity. Of particular significance was his service as a board member of the Walker School for Special Education, focusing on personnel matters. He also volunteered with patients at the Metropolitan State Hospital and was active with Combined Jewish Philanthropies. With Wini, he was one of the initial founders of the Wells-Ogunquit Senior Center.

Having vacationed in Ogunquit as a child (and Wini in Moody Beach), Paul and Wini built their vacation home in Ogunquit which eventually became their year-round residence. They enjoyed extensive international travel together and Paul was a life-long enthusiastic Red Sox fan. He grew up within walking distance of Fenway Park.

Paul is predeceased by his brothers, Howard and Robert Mason; and his sister, Miriam Oshry.

A private burial service will be held for the immediate family. A celebration of his life will be held in early spring in Maine. The date has not yet been set.

Memorial donations may be made to Wells Ogunquit Center at Moody, PO Box 987, Wells, ME 04090.

To share a memory or leave a message of condolence, please visit Paul’s Book of Memories Page at www.bibberfuneral.com.
Read Less

You will receive any future notification messages.
Print
A Celebration of Paul's long and wonderful life will be held in the spring in Ogunquit, ME, and announced by Bibber Memorial Chapel, Wells, ME.

Donations are being accepted for: Wells Ogunquit Center at Moody.

Plant a Tree in Memory of Paul
Plant a tree
0 trees have been planted in memory of Paul E. Mason
JW

Posted Dec 03, 2019 at 04:47pm
Paul was always interested in others and asked what they were up to. He asked me about my activities in Framingham's local town (now a city) government. He set a wonderful example of keeping abreast of the times.
Comment Share
Share via: 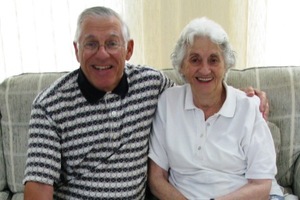 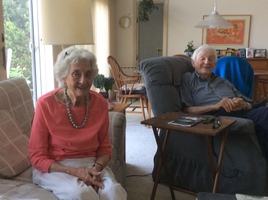