To leave condolences for Paul George's online memorial, sign in using one of the following options:

On April 24, 2004, he married Mary Farrell in Stoneham, MA. Together they shared 15 wonderful years of marriage.

Paul was a Telecommunications Engineer for the former Bell Atlantic Company (now Verizon) for over 35 years.

He and Mary loved travelling to warm weather spots, especially Florida and Aruba. Spur of the moment road trips were also a favorite for visiting friends and family. Paul was an avid football and baseball fan.

There are no visiting hours. A Memorial Service will be held on Saturday, December 7, 2019 at 3 p.m. at Bibber Memorial Chapel, 67 Summer Street, Kennebunk. Interment will follow in Evergreen Cemetery, Kennebunk. Should friends choose, memorial donations in his name are encouraged to: Gosnell Memorial Hospice House, c/o Hospice of Southern Maine, 180 U.S. Route One, Scarborough, ME 04074.
Read Less

Donations are being accepted for: Gosnell Memorial Hospice House.

Plant a Tree in Memory of Paul
Plant a tree
0 trees have been planted in memory of Paul L. George
JC

Posted Dec 07, 2019 at 11:17am
Our prayers and thoughts are with Paul's family. Paul was a great person and friend. Patient, positive, and wise it was so very easy to be Paul's friend and he was a friend to all. We will miss him greatly.
Comment Share
Share via:
KB

Posted Dec 06, 2019 at 05:44pm
Jen, I am truly sorry for your families loss, your dad was a great man and will truly be missed. May your memories of him bring you comfort in a very difficult time. A loss like this is never easy and please know I am thinking of you and your family. Mr. George will forever be missed.
Love always Kathy Barbosa and family XOXO
Comment Share
Share via:
DO

Posted Dec 03, 2019 at 12:07pm
My deepest condolences on hearing of Paul’s death. May he Rest In Peace.
Rev James F Moran
Marian High School class of 1963
Comment Share
Share via: 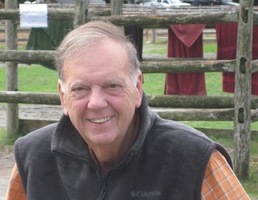