To leave condolences for Philip Pelletier's online memorial, sign in using one of the following options:

Provide comfort for the family of Philip Pelletier with a meaningful gesture of sympathy.

Philip was employed at the Portsmouth Naval Shipyard as a Machinist in Shop 31. He was a member of Naval Lodge #184, A.F. and A.M., in Kittery, Maine, and received his 50-year medal in April 2009. A member of all York Rite Bodies including St. Johns Chapter and St. Armand Commandry #20, Kora Shrine of Lewiston, Maine, a member and former director of the York County Shrine Club. For several years Philip transported children back and forth to the Shrine Hospital in Springfield, MA. He was also a member of the American Legion Post 56 of York. Phil’s hobbies included golf, fishing, and his annual hunting trips to Aroostook County.

Phil was predeceased by a sister Velma Casey in 2003.

In view of COVID-19 concerns, a Masonic Service at Bibber Memorial Chapel, and interment in Southern Maine Veterans Memorial Cemetery in Springvale will be delayed until it becomes safer to travel and gather. Should friends choose, memorial donations in Phil’s name may be made to: Shrine Hospitals for Children, Springfield Unit, 516 Carew Street, Springfield, MA 01104.

To share a memory or leave a message of condolence, please visit Phil’s Book of Memories Page at www.bibberfuneral.com.

Receive notifications about information and event scheduling for Philip

Print
In view of COVID-19 concerns, a Masonic Service at Bibber Memorial Chapel, and interment in Southern Maine Veterans Memorial Cemetery in Springvale will be delayed until it becomes safer to travel and gather.

Donations are being accepted for: Shriners Hospitals for Children - Springfield.

We encourage you to share your most beloved memories of Philip here, so that the family and other loved ones can always see it. You can upload cherished photographs, or share your favorite stories, and can even comment on those shared by others.

Posted May 17, 2020 at 01:51pm
Uncle Phil, we are sorry to hear of your passing. I remember my first Maine hunting trips with you and staying at grams place in Portage. You laughed when you had to help me gut my first deer kill. I did learn to do it on my own and thought of you each time. You looked pretty sharp in your tux when you did a reading for Terry and I at our wedding. Our ccondolences to Kathy, Joan and Pat. 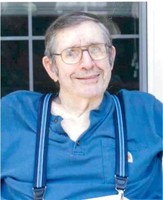 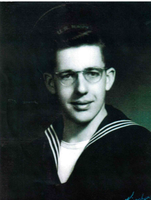