To leave condolences for Reginald Koehler's online memorial, sign in using one of the following options:

To share a memory or leave a message of condolence, please visit Reg’s Book of Memories Page at www.bibberfuneral.com

Receive notifications about information and event scheduling for Reginald

Print
A private memorial service will be held at St. Ann’s Episcopal Church in Kennebunkport, ME.

We encourage you to share your most beloved memories of Reginald here, so that the family and other loved ones can always see it. You can upload cherished photographs, or share your favorite stories, and can even comment on those shared by others.

Posted Jul 23, 2020 at 11:38am
From Anne Hubbard: over the years in Bronxville I have been wondering where you are, and have been missing your Christmas letters. Now I know that you landed in Kennebunkport, and I send you condolences upon Reg’s death. Tom and I visited Kennebunkport several times in recent years; I wish we had known to look you up. We lost Tom in 2017; I am living quietly in Delray Beach, FL. Our children and grandchildren are all well.
Comment Share
Share via:
BK

Posted Jul 15, 2020 at 04:35pm
Sadness at the passing of a great friend and great talent. With fond memories of our times with a wonderful couple in France and at home in Seattle where the 3-K dinners were always times to be remembered for the company and not least the selection and sharing of wines by Reg -- a true connoisseur. He will be missed but never forgotten. Bruce and Helen Koppe.
Comment Share
Share via:

Posted Jul 14, 2020 at 03:32pm
Bill and I had the honor of worshipping with Reg and Ann during their years at Church of the Ascension in Seattle. Reg truly served his community in all his work and in his many church activities. We all miss him greatly, and we send our love and condolences to Ann and all the family. ~Jody Lemke
Comment Share
Share via:
RD

Posted Jul 14, 2020 at 12:57pm
I had the pleasure of working with Reg at Fred Hutchinson Cancer Research Center through the planned giving advisory committee. Reg believed strongly in planned giving and his endorsement was critical to laying the foundation for a successful program. He was the program's "guardian angel" and I appreciated it immensely.

I met Cindy’s father, Mr. Koehler, while we were at Colby together. He was always gracious and kind. He was also immensely proud of his children. I will never forget eating lobsters with the Koehler family in Kennebunkport. My enthusiasm for Maine lobster was notable to Mr. and Mrs. Koehler. I will always have fond memories of my time spent with them at their beautiful home in Maine. My thoughts are with the entire family on their loss. 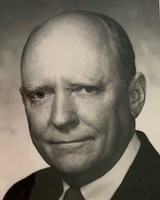