To leave condolences for Rene St. Pierre's online memorial, sign in using one of the following options:

Provide comfort for the family by sending flowers or planting a tree in memory of Rene St. Pierre

Provide comfort for the family by sending flowers or planting a tree in memory of Rene St. Pierre

Receive notifications about information and event scheduling for Rene

We encourage you to share your most beloved memories of Rene here, so that the family and other loved ones can always see it. You can upload cherished photographs, or share your favorite stories, and can even comment on those shared by others.

Plant a Tree in Memory of Rene
Plant a tree
0 trees have been planted in memory of Rene Lucien St. Pierre
BC

Posted Oct 16, 2020 at 07:44pm
Working on the St Pierre farm was a privilege and pleasure. Working for Rene was a true lesson in how to live life to the fullest. My heart will always remember his kindness. My condolences to Marion and the entire St Pierre family. Sincerely, Bill Crowther
Comment Share
Share via:
FG

Posted Oct 10, 2020 at 08:41pm
I have a lot of respect for the St. Pierre family and was sorry to read that Rene had passed. Please accept my sincere condolences. I always enjoyed talking with Rene even though the subject was many times something to do with insurance. He was a real gentleman and we always got along well. He will be missed.
The Memory Wall pictures are a nice touch and well done.
God bless to you all.
Fred Goodrich
Comment Share
Share via:
CD

Posted Oct 10, 2020 at 05:20pm
To The St. Pierre Family, This is such heartbreaking news. Rene and his lovely wife are two amazing people. My husband Dan worked with Rene at G.E. for several years on 2nd shift. They became quite good friends. Dan and I worked opposite shifts so our kids always had one of us. When I was working, on many occasions, Dan would take our 3 kids out to Rene's farm. Oh, how the kids loved it there petting the cows and getting cookies or a treat. They were treated like one of the Grandkids. (They are all in their 30's now). Rene's Used Cars were blessings to us. We owned 3. A white station wagon, a blue Pontiac and the best one of all was the little Festiva. Both of our daughters learned to drive in it. Rene got the biggest kick out of Dan practically folding his 6' frame to get into that little car. Some of our greatest moments are because of you. You are such an amazing family. Our hearts are so sad and we join you in grieving. May God Bless all of you and may the memories of this man always make you smile.
Dan and Cathy Davidson, Snyder, TX
Comment Share
Share via:
LR

Posted Oct 10, 2020 at 08:46am
My thoughts are with your family. I'll always remember Rene's delight when finding another adjustable wrench at a swap meet.

Posted Oct 09, 2020 at 10:23am
To ST. Pierre Family
Sorry to hear of Rene's passing.
He was a great man, always enjoyed talking with him.
He is in our thoughts and prayers.
Armand and Joyce Pay 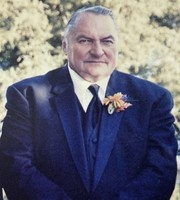 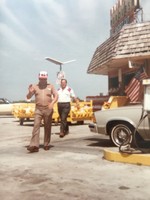 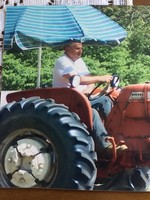 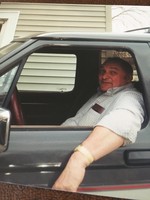