To leave condolences for Robert Chambers's online memorial, sign in using one of the following options:

He was born in Kennebunk, ... Read More
Robert Augustus Chambers, 82 years, a resident of Sanford, Maine, formerly of Kennebunk and Wells, died Wednesday, March 11th at St Andre’s Nursing Home in Biddeford after a courageous battle against cancer.

He was born in Kennebunk, June 22, 1937, the son of Frank Harold and Minetta (Brown) Chambers and attended Kennebunk schools. Robert served in the U.S. Army Reserves.

Robert worked at Cyro Industries for 34 years retiring in 2001 where he specialized in hazardous waste handling and maintenance. He served as a volunteer fire fighter for the High Pine Fire Department working his way up to become Chief. He was a member of the Elks in Sanford, the Wolves and Social Club in Springvale, and the Eagles Club in Arundel.

Bob as he was affectionately known was an avid fisherman. He would fish at any given moment and he enjoyed helping Herb Baum Jr on his lobster boat. He loved the beach and scouring Cape Arundel Golf Course recovering 1000’s of golf balls including his prized VP and President George HW Bush golf balls

Bob was an active gardener, maintaining a rather large vegetable garden every year producing enough food to provide for his family through the long Maine winters. He enjoyed collecting all types of items, including pens, hats, pins and a huge marble collection.

Anyone that knew Bob or just met, liked him and usually became great friends. Most important, Bob loved his family and put them first.

Robert was predeceased by his parents, Frank and Minetta, his brother Frank Jr, a sister, Gloria Bedard and his infant son David Allen.

Robert leaves behind his wife of nearly 20 years, Pamela Chambers and his children: Robert A. Chambers Jr., Debra Chambers, Susan Higgins, Donna Kneeland and her husband Jeff, 11 grandchildren, 11 great grandchildren and many nieces and nephews.

A Private Graveside Service will be held at a later date.

The family would like to extend a special thank you to the staff of Compassus, Scarborough, Maine and St Andre’s, Biddeford.

In lieu of flowers, should friends desire memorial donations may be made to the American Cancer Society, 1 Bowdoin Mill Island #300, Topsham, ME 04086 in Robert’s memory.

To share a memory or leave a message of condolence, please visit Robert’s Book of Memories Page at www.bibberfuneral.com.

Receive notifications about information and event scheduling for Robert

Donations are being accepted for: American Cancer Society - ME.

We encourage you to share your most beloved memories of Robert here, so that the family and other loved ones can always see it. You can upload cherished photographs, or share your favorite stories, and can even comment on those shared by others.

Plant a Tree in Memory of Robert
Plant a tree 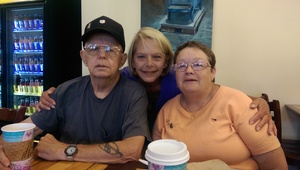 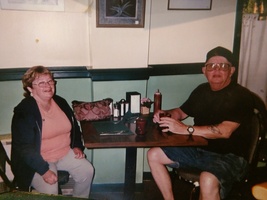 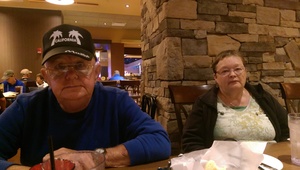