To leave condolences for Robert Dixon's online memorial, sign in using one of the following options:

Provide comfort for the family of Robert Dixon with a meaningful gesture of sympathy.

Print
Robert Dale Dixon, 83, of Kennebunk, died Tuesday morning, December 31, 2019, at his
home in Kennebunk. Born in Biddeford in 1936, Bob grew up and lived in the Kennebunk
area, graduating from Kennebunk High in 1955.

In 1957, he married his love, Barbara Weibel and settled in Wells. Together they had three
daughters. Deborah Lee, Gwen and Glynis.

Bob worked for Keuffel and Esser (K&E) for years as a tool maker before breaking out on his
own. He and Barbara established Sea Meadows Kennel in the late 60’s, breeding and showing
German Shepherds. Bob studied, and worked with, various methods of dog training through
both local and nationally recognized trainers. He found this to be his true calling and in the
early 70’s, he established Dixon Dog Training in Wells. Through the years he taught
obedience and protection for countless private dog owners, trained K-9 units including search
and rescue dogs for law enforcement, dogs for the hearing impaired and even trained a
Mountain Lion. Bob had a special connection with dogs and was able to work with even the
most unapproachable and aggressive animals.

In the mid 80’s, Bob transitioned his focus to French Ring Sport and was involved in bringing
the sport to the U.S. He founded the Maine-ly Ring Sport Club in 1986. These club members
became like family and were a very important part of his life. Some of the original members
remain a part of the club to this day. He was also a member of NARA, North American Ring
Association. Bob was recognized with a lifetime achievement award for French Ring in 2015.
He was still a prominent presence, and was working his beloved Dutch Shepherd, Sam, at
weekly training sessions at his property in Wells.

After the death of Bob’s wife Barbara in 1991, Bob reconnected with and later married his
high school sweetheart, Carolyn Morse. They settled in Kennebunk. They shared a love of
country music and could sometimes be found sitting around the table singing with family.

Bob was an avid photographer and worked professionally through the years. He enjoyed
motorcycle riding and racing throughout his life as well as competing in bare bow archery
competitions throughout Maine. He was quite a character. A true Mainer, a storyteller and a
straight shooter, not candy coating anything. Bob’s most endearing quality was his sense of
humor. He had a sarcastic wit and loved to make people laugh. Though he loved to give
himself a chuckle as well. He was always entertaining sharing his stories of early motorcycle
adventures with his buddies or other rebellious antics during his youth.

Bob was ahead of his time having one of the first Apple computers, building his own home
with no experience and even erecting his own windmill to power it. He was a do it yourselfer,
rarely hiring a repairman or contractor for anything. He would figure it out on his own.

Bob was predeceased by his wife Barbara Weibel; his brother, Rodney Dixon; his daughters,
Deborah Dixon and Gwen Clark; and stepson, Brian Morse.

He is survived by his loving wife Carolyn Dixon of Kennebunk; sister-in-law Jan Dixon; his
daughter Glynis and husband John McCormack of Wells; stepson Patrick Morse of Tampa,
FL., step daughters Lisa Morse of Denver, CO and Kelly Morse of Kennebunk; and his many
grandchildren and great grandchildren. Bob will be forever remembered by extended family
and friends.

A Graveside Service will be held in the Spring of 2020 at Ocean View Cemetery, Wells. Date
and time to be announced. Should friends choose, memorial donations in Bob’s name are
encouraged to: Paws for Peace https://embraceavet.org/paws-for-peace/

To share a memory or leave a message of condolence, please visit Bob’s Book of Memories
Page at www.bibberfuneral.com .

Receive notifications about information and event scheduling for Robert

We encourage you to share your most beloved memories of Robert here, so that the family and other loved ones can always see it. You can upload cherished photographs, or share your favorite stories, and can even comment on those shared by others.

Plant a Tree in Memory of Robert
Plant a tree 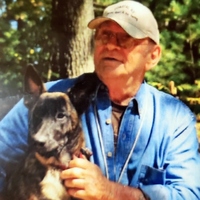