To leave condolences for Roger Krause's online memorial, sign in using one of the following options:

Roger A. Krause, 92, a resident of Reisterstown MD, who was a loving and devoted husband, father and
grandfather, passed away Sunday, October 4, 2020 at Sinai Hospital in Baltimore following a
period of faili... Read More
Reisterstown, MD

Roger A. Krause, 92, a resident of Reisterstown MD, who was a loving and devoted husband, father and
grandfather, passed away Sunday, October 4, 2020 at Sinai Hospital in Baltimore following a
period of failing health.

Roger was born March 7, 1928 in Waltham, MA, the son of William J. and Bess Alderman Krause, and attended local schools, before enrolling in Norwich University, earning an Engineering Degree. As a member of the Old Guard, he was looking forward to celebrating his 70th reunion this year.

Achieving Captain, Roger was very proud of his 15 years of service in the U.S. Army Signal Corps, serving in 3 wars. In addition to Korea and Vietnam he was stationed in Paris, serving at SHAPE, Supreme Headquarters Allied Powers Europe. While there he and Shirley traveled extensively making treasured memories. In civilian life he worked at Western Electric and later in civil service for the Navy in Crystal City, VA.

Roger is predeceased by his brother David L. Krause.

A private ceremony will be held at Bibber Memorial Chapel, Summer St. Kennebunk ME.
Interment will follow in his family’s lot in Pine Grove Cemetery, West Kennebunk, with
military honors.

Should friends desire, memorial contributions may be made to the “DAV” (Disabled American Veterans) at www.dav.org, or “Autism Speaks” at www.autismspeaks.org.

To share a memory or leave a message of condolence, please visit Roger’s Book of Memories
Page at www.bibberfuneral.com
Arrangements are in care of Bibber Memorial Chapel, 67 Summer Street, Kennebunk, ME
Read Less

Receive notifications about information and event scheduling for Roger

Print
Due to Covid-19 limitations, a private service will be held in Kennebunk, ME.

Donations are being accepted for:
Autism Speaks Disabled American Veterans

We encourage you to share your most beloved memories of Roger here, so that the family and other loved ones can always see it. You can upload cherished photographs, or share your favorite stories, and can even comment on those shared by others.

Plant a Tree in Memory of Roger
Plant a tree 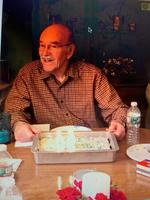 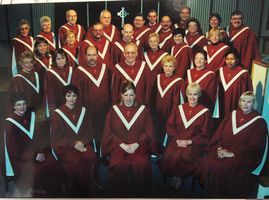