Receive notifications about information and event scheduling for Ruth

Mrs. Freeman was born August 26, 1916 in Ft. Duchesne, UT, the eldest child of William Evert & Rosa (Rhoda) May Wright Endicott. Moving to Belgrade, ME with her family at the age of two, she grew up at the beloved family farm, graduating from Belgrade High School, class of '33. After working in Waterville at department stores & in secretary positions, she left home in the early 1940's to work at the Portsmouth Naval Shipyard, also taking a position as a nanny for the family she boarded with in Portsmouth.

Achieving her pilot’s license, her flights were shut down by the onset of World War II. Enlisting in the Woman’s Army Corps she was stationed in England & Paris, where she was a court stenographer.

Upon her return to the US after the war, she graduated from Colby College in 1949, attending Temple University, & Philadelphia Women’s Medical College where in 1953, she earned her Medical Degree. She then did her residency at Maine Medical Center in Portland where she met Miles Freeman, a lab technician at the hospital. They married in 1956, settling in Ogunquit, & raised two daughters. Dr. Endicott served her community from 1955 to 2005 as a family physician from her home office & at York Hospital.

She enjoyed playing the violin, was an avid photographer, loved poetry & letter writing, & making sure the cookie jar was filled with homemade treats for her grandchildren. Reading her bible was a daily devotion; living out the gospel was her life’s work. She was known for her kindness, patience, & care for the whole person, spending time to get to know each one.

Spring interment will be in Belgrade.

Honor the life of Ruth Endicott "Dr. Ruth Endicott, MD." Freeman by planting a memorial tree.
Plant a Tree in Memory of Ruth
Planted in the area of greatest need
S

Dear Lynne and family,
I have fond memories of your mom. I worked for Mrs. Bassett and saw your mom often. I picked blueberries with your mom and Nella. Your mom was always kind and gentle! What a wonderful life she had a what a wonderful legacy she left!
Comment | Share Posted Dec 23, 2019 at 08:05am via Condolence
JA

Rest in Peace Dr. Ruth Endicott Freeman. Thank you for your Military Service in the U.S. Army during World War II. You were a trailblazer for generations of other women to serve. It was an honor visit with you this past summer at your home in Ogunquit. I really enjoyed hearing your sing "God Bless America"
Comment | Share Posted Dec 19, 2019 at 11:06pm via Condolence
RB

May your faith in him bring you comfort and peace during this sorrowful time.
Love Bob Boothby
Comment | Share Posted Dec 13, 2019 at 12:14pm via Condolence
BB

Provide comfort for the family of Ruth Freeman with a meaningful gesture of sympathy. 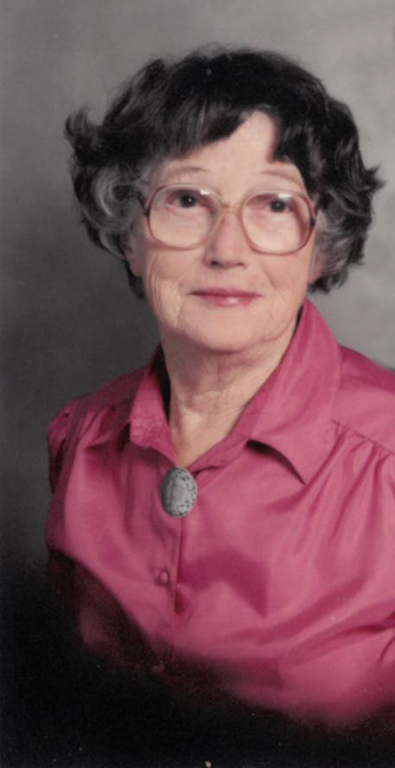 To leave condolences for Ruth Freeman's online memorial, sign in using one of the following options:

Provide comfort for the family by sending flowers or planting a tree in memory of Ruth Freeman.

Provide comfort for the family of Ruth Freeman with a meaningful gesture of sympathy.