To leave condolences for Sandra Denniston's online memorial, sign in using one of the following options:

Provide comfort for the family of Sandra Denniston with a meaningful gesture of sympathy.

Born on August 11, 1948 in Old Orchard Beach, Sandy was the oldest of three children born to Phillip and Ruth Auger. While growing up, Sandy spent much of her time with her beloved Nan and Bump, Catherine and Harold French. Following her graduation from OOB HS in 1966, Sandy attended the University of Maine in Fort Kent where she married her High School sweetheart, Douglas Caldwell. Sandy transferred to the University of Southern Maine to complete her schooling and she graduated in 1970 with a BA in Education. Sandy and Doug settled down with their daughter, Heather, in Kinney Shores of Saco, where they fully enjoyed the sun and coast of the nestled-beach community.

Sandy began her brilliant education career right after graduation. She taught for several years in Saco where she was quickly recognized as an amazing talent. Sandy was soon recruited by the Kennebunk School System where she began teaching Language Arts at the Consolidated School in Kennebunkport. Sandy’s unusual style of engaging minds and her deep sense of caring for young adolescents not only made lasting impressions on her students but also caught the attention of parents, fellow teachers and administrators alike. In 1983, the towns of Kennebunk and Kennebunkport joined forces and transitioned from a traditional Junior High School model to the new concept of Middle Schools, and the Middle School of the Kennebunks (MSK) was born. It took no time at all to decide who would lead the staff and students on this new journey… Sandy Caldwell became the first Principal of MSK. As principal, Sandy created a clear vision of what a Middle School should look like. Teams and advisory programs were created and the school was driven by the concept of “what is best for the development of an early adolescent?” Teachers were encouraged to step out of their comfort zones and try innovative new programs and met regularly to share ideas. A palpable feeling of positive energy, caring and respect began to flourish between students and staff… Sandy had helped to create an amazing school.

Sandy became the first President of MAMLE (Maine Association of Middle Level Educators) and helped to spread best practices of Middle Schools across the state of Maine and the New England area. She was also a member of the Board of NELMS (the New England League of Middle Schools). In the early 1990s, in conjunction with the Maine DOE, MSK became a “Lighthouse School” which was visited by students, staff, administrators, parents and educational leaders from across Maine and New England to observe and learn from the exceptional learning environment that MSK had become. As a result of her brilliant work, Sandy was awarded Maine’s Educator of the Year Award.

In the mid 1990s, Sandy left MSK and became a curriculum coordinator and assistant Superintendent in the Gray School System. In the late 1990s, she was recruited to work for the Maine Center for Educational Services and in the year 2002, she was hired as the Superintendent of the Raymond School System. When consolidation of Raymond and Windham school systems took place in 2009, Sandy became the Director of Teaching and Program Development of the Windham-Raymond School System. In 2011, Sandy was hired as a consultant with ProTraxx where she worked with school systems throughout New England.

Everywhere that Sandy went, she left a lasting impression and helped to create positive change in our educational systems. If you asked Sandy, though, she would tell you that her favorite position was that of a teacher, and no matter where she worked, it was always the students that came first in her mind.

Needless to say, Sandy was simply one of the finest educators the State of Maine has ever known.

In her personal life, Sandy and Douglas divorced in the mid 1990s, and she was soon thereafter blessed with her two grandchildren. In 2000, Sandy married Michael Denniston and they moved to Naples, Maine where they enjoyed golfing, lake life and developed many close friendships. In 2014, Sandy and Mike retired and moved to Jensen Beach, Florida where they enjoyed the warmth and sunshine, the beaches and golfing. Each summer, they returned to Steuben Maine to enjoy the coastal life of Downeast Maine.

Two of the greatest joys in Sandy’s life were her two grandchildren, Eleanor and Henry Mason. She loved precious times they spent together and watched with pride as they grew up and matured into beautiful young adults. Ellie is attending Montserrat College in Beverly Massachusetts and is currently planning on becoming an art teacher. Henry is attending the University of Southern Maine and is pursuing an interest in engineering. They both have made their Nana so proud.

In 2017, Sandy was diagnosed with pancreatic cancer. Sandy, with the support, love and care of her beloved husband Michael by her side, has battled her cancer bravely and valiantly, full of optimism, determination and hope. She endured major surgery, radiation therapy and many rounds of chemotherapy. In addition to Mike’s incredible dedication to her care and comfort, Sandy was so thankful for all of the loving care and treatment she received from all of the doctors, nurses and support staff she encountered, most notably the New England Cancer Specialists in Scarborough, Maine.

Sandy is survived by her loving and devoted husband, Mike, her first husband Douglas of Gorham, ME, her daughter Heather and her husband Rick Jacques of Old Orchard Beach, ME, her son-in-law Steve Mason and her precious grandchildren Eleanor Mason and Henry Mason of Saco, ME, her two brothers Marc and Damian (Butch) Auger and their families of Lyman and Oxford, ME respectively, as well as many cousins.

A service and burial ceremony will be held next summer at All Souls by the Sea Church, on Petit Manan Point in Steuben, Maine.

In lieu of flowers, Sandy would like to support the New England Cancer Specialists by sending donations to:


To share a memory or leave a message of condolence, please visit Sandra’s Book of Memories Page at www.bibberfuneral.com.

Receive notifications about information and event scheduling for Sandra

We encourage you to share your most beloved memories of Sandra here, so that the family and other loved ones can always see it. You can upload cherished photographs, or share your favorite stories, and can even comment on those shared by others.

Dear Doug, Mike and Heather,
I just learned of Sandy's passing this week when I ran into Ross Merrow who informed me of it. I can't fully express how very sorry I am that she is gone. She and all of you meant a great deal to me and I have so many wonderful memories of our times together in and outside MSK . In addition to always thinking about her students, she also gave a great deal of freedom to her staff to develop their best potential and I was extremely grateful for that. I wish I had been at the service for her on Dec 21 since I only live down the street, but I am trying my best to pay my respects to her now.
Much love to you all, Paulette Forssen

Posted Jan 04, 2020 at 12:16pm
Sandra, Doug and I all graduated in the same class from Old Orchard Beach, 1966...I would like to convey my condolences to the entire family...I was reading her obituary and what a legacy to leave behind...I think Sandra knew exactly what a teacher was and passed that on to her students and as I remember she was an excellent student in high school, also, she went so far beyond a classroom teacher she shared all her knowledge to help others through all of her positions that she held during her entire life as a teacher, etc. and we are all better people for knowing Sandra...Bless all of you and know that she was indeed a very special lady...

Posted Jan 04, 2020 at 08:25am
Growing up together in OOB, Sandy and I shared a special friendship. I remember very well spending hours at Nan and Bump’s house! Whether it was taking long walks, having sleepovers, going to the beach or double dating, Sandy and I were together. I shared her and Doug’s joy at the birth of their cherished daughter Heather. Sandy and I stayed close for many years and I cherish the memories. Sadly, time and distance pulled us in different directions, yet I always had a warm place in my heart for my friend Sandy. Sandy was a remarkable woman whose life touched so many. I pray that she is now at peace and with the Lord. God bless you, Sandy.
Comment Share
Share via:

Posted Jan 03, 2020 at 07:26pm
The OOBHS class of 1966 was a close group of people. Sandy’s obituary was shared on our private FB group. Condolences and memories have been posted as well as emails and they keep coming. Here are just a couple.
‘Sandy was one of my best buddies when she returned to OOBHS for her senior year, but we lost track of each other except for contact during state principals conferences. I have nothing but great memories of her, especially when we worked together at Emerson's Candy on the pier.‘ -Paul
‘We spent many Summers together... Nan & Bump always Welcomed me into their home ....so sorry we lost touch after Graduation. My favorite memory is in High School ...we would be walking home...she never wore her glasses..she would squint and say Margaret is that Dougie across the street ??? LOL RIP Sandy‘. -Margaret
And dozens more commented.
Even though the years have separated us, we have always held Sandy close to our hearts. 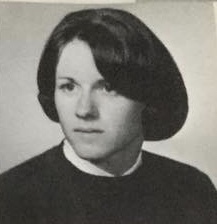 Posted Dec 18, 2019 at 08:05pm
Sandy will always be one our favorites - our time together will be in our hearts forever. Golf, games and good laughs will ever be present.
Comment Share
Share via: 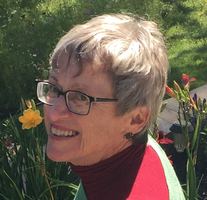 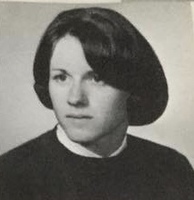