To leave condolences for Terry Fullam's online memorial, sign in using one of the following options:

Terry Fullam, 77 of Chickadee Drive, died Friday, May 29, 2020 at Gosnell Memorial Hospice House in Scarborough following a brief but valiant fight with cancer.

She was born in Springfield, MA on September 2,... Read More
Alfred, Maine

Terry Fullam, 77 of Chickadee Drive, died Friday, May 29, 2020 at Gosnell Memorial Hospice House in Scarborough following a brief but valiant fight with cancer.

Terry was lifelong educator and taught in the Wells/ Ogunquit school system, beginning her career at the Ogunquit Village School and then becoming the director of the Wells Adult Education, which flourished under her guidance. She began the LOVE (Let Older Volunteers Educate) program in which senior citizens volunteer to help educate young children.

Terry enjoyed many things in life, including sailing, quilting, golf and gardening. But her #1 passion was traveling. She liked to say that she did her “Bucket List” well before the movie of the same name. She created the Ladies’ Golf League at Merriland Farm Golf Course.

Terry was a second-generation Rotarian and long-time active member of the Wells Rotary Club, joining on June 1 of 1987, less than a month after women were first allowed to join! She served as club president in 2014-2015 and was a longtime board member. Three times she was made a Paul Harris Fellow, and received the Service Above Self Award in 2013 for her demonstrated exemplary humanitarian service to others. When members of her club planned to take part in a Rotoplast service project in Central America to help fix cleft palates in children, she heard that post surgery, the children were wrapped in paper blankets, and this was not acceptable to her. So, with her love of quilting, she began “Wrap a Smile” Program through Rotary. To date, with the work of hundreds of volunteers, including many non- Rotarians, over 25 thousand hand quilted blankets were produced and distributed to children worldwide, that were then wrapped in their own quilt, post- surgery. The most recent quilts made all included a panel with a “T” in her honor.

Terry is survived by her daughter, Kimberley Jane Long and her husband John of Biddeford, ME; her granddaughter, Hannah; cousins Nancy Greenwood, and Carol Trombley Biagin; nephew Tim, and Niece Elizabeth.

Visiting hours will be held 3 to 6 PM Thursday, June 4, 2020 at Bibber Memorial Chapel, 67 Summer St. Kennebunk. Friends are asked to bring their own mask to meet CDC guidelines, a limited number will be available at the funeral home. A family burial service will be held in Paucatuck Cemetery, West Springfield, MA. A celebration of Terry’s life will be held as soon as it is safe for all to gather.

Should friends choose, memorial donations in her memory may be made to: Wells Rotary Club, PO Box 203, Wells ME 04090.
Read Less

Receive notifications about information and event scheduling for Terry

Print
A public Celebration of Terry's life will be held when all can gather safely, and announced by Bibber Memorial Chapel

We encourage you to share your most beloved memories of Terry here, so that the family and other loved ones can always see it. You can upload cherished photographs, or share your favorite stories, and can even comment on those shared by others.

Posted Jun 06, 2020 at 06:18am
I first met Terry while volunteering at the Ogunquit Playhouse. We always had Interesting conversations about our travels. Although she was older than me, I often thought she had more energy than I did....and I travel a lot too. One day we were talking and I told her about a giving group I was in...Women Who Drink and Do Good. Terry said she was a member too. I came to realize she was involved with many organizations in the area. When the Playhouse opens next season and our Women’s group is able to meet again in person, I’ll miss our little chats. I am so sorry to hear of her passing. She was a good person and a friend to many. Sharyn Rice
Comment Share
Share via:
SW 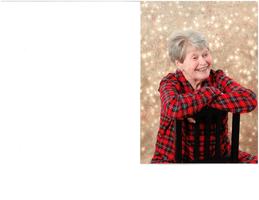 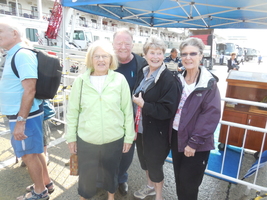