To leave condolences for Trudy Stevens's online memorial, sign in using one of the following options:

Print
Trudy Beote Stevens, 63 years, a resident of Kennebunk, died May 26, 2020 at her home, surrounded by her family, after a long and courageous battle with pancreatic cancer.

Trudy was born April 15, 1957 in Biddeford, ME, the daughter of R... Read More
Trudy Beote Stevens, 63 years, a resident of Kennebunk, died May 26, 2020 at her home, surrounded by her family, after a long and courageous battle with pancreatic cancer.

Trudy was born April 15, 1957 in Biddeford, ME, the daughter of Richard A. and Kathryn L. (Curran) Beote. She grew up in Kennebunkport and graduated from Kennebunk High School, class of 1975 and went on to graduate from Lyndon State College in 1977.

Trudy worked at several local law firms for 40 years until her illness made it too difficult.

In 1982 she married the love of her life, Mark Stevens, and together they celebrated 38 years of marriage and raised their daughter, Sarah. She enjoyed summers at Wilson Lake in Acton, ME, reading, jogging, going on the occasional shopping trip and spending time with her daughter and grandchildren, whom she referred to as her “Shnooks”.

She was predeceased by two beloved brothers, Mark C. and Nathan M. Beote.

Services will be private.

Should friends desire, donations in Trudy’s memory can be made to the Lustgarten Foundation for Pancreatic Cancer Research, 415 Crossways Park Drive, Ste. D., Woodbury, NY 11797.

To share a memory or leave a message of condolence, please visit Trudy’s Book of Memories Page at www.bibberfuneral.com

Receive notifications about information and event scheduling for Trudy

Print
Services will be private

We encourage you to share your most beloved memories of Trudy here, so that the family and other loved ones can always see it. You can upload cherished photographs, or share your favorite stories, and can even comment on those shared by others.

Posted Jun 19, 2020 at 05:09pm
Rick,
You and your family are in my thoughts and prayers. Trudy will be dearly missed. Her sweetness and enduring wit were just a few of her beautiful qualities. May loving
memories bring you and your family peace and strength.

Posted Jun 08, 2020 at 01:30pm
Our thoughts and prayers are with the Stevens and Beote families in this time of tremendous grief and loss.
With love,
Rusty and Lenore Williams
Comment Share
Share via:
RJ

Posted Jun 04, 2020 at 09:04pm
I met Trudy in 1977 and we started working together at a local law firm in 1980. We hit it off as soon as we met because we loved the same things - shopping, going out for lunch and always looking for the best fried clams and steamed hot dogs. We had so many adventures - some good and some not so good! We shared good and sad times and I will cherish all of them forever. We also had some fabulous trips to Florida "lounging" by the pool for hours on end! One of our last lunches together was in Ipswich, MA and she ordered a huge seafood platter that she didn't even make a dent in but we laughed about it. Trudy you fought quite the battle and I am so proud of you and proud that you were my friend for over 40 years. Thank you to her family for letting me be part of her last days. Rest in peace Trudy. I love you, I miss you and will never forget you. 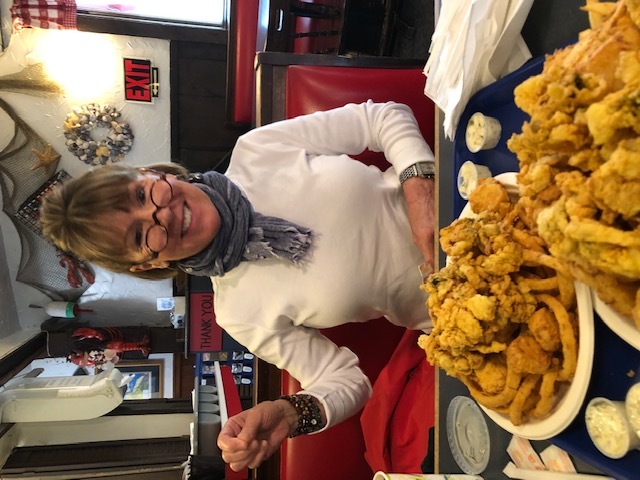 Posted Jun 03, 2020 at 07:29pm
I was so sorry to hear of Trudy’s passing, she fought such a valiant battle. She was a frequent visitor to my store over the past 24 years, sometimes alone and sometimes with her good friend, Robin Johnson, whom I’ve known for many years. When Trudy came in, she lit up the store with her smile and positive attitude. She would often fly in later in the afternoon, 4:25 pm, and when the back door opened I would say, “It must be Trudy” and she would reply “ It must be almost happy hour”. She would grab a couple of candles, and would ask about my grandchildren knowing I would ask about hers. Her love for her daughter and grandchildren knew no bounds, it was obvious when we talked, we loved sharing our most recent photos and stories. I can’t tell you how much I will miss her joyous attitude, and her kindness. She was one of those people you feel lucky to know. My heart goes out to her family. Pat Hansen Hearth & Soul
Comment Share
Share via:

Posted Jun 03, 2020 at 12:27pm
Our thoughts and prayers are with you throughout the grieving process and beyond, for your loss of Trudy.
Denise & Todd Goulet
Comment Share
Share via: 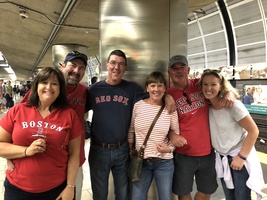 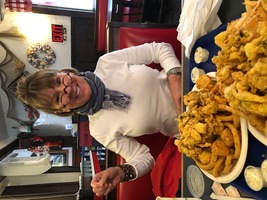