To leave condolences for William Briggs's online memorial, sign in using one of the following options:

Bill was born on September 12, 1952 in Revere, MA, son of the late Henry James Briggs, Jr. and the late Theresa Marie Briggs (née Hennessy). He was baptized as a child of God at St. Mary’s Church, Charlestown, MA.

Bill grew up in Wilmington, MA near the shores of Silver Lake and spoke fondly of his fun times there, including swimming, fishing, ice skating and bonfires. He graduated from Wilmington High School and Montserrat College of Art in Beverly, MA.

In his earlier years Bill was employed by Jordan Marsh & Co. where he met the love of his life, Anne, in 1974. His work expanded later into a career of architectural design and remodeling, especially kitchen design. Bill had a wonderful eye for color and design and always had a “vision” for future plans, doing much of his own home remodeling prior to his illness.

Upon his retirement from design work, Bill joined the hospitality industry and worked continuously through October of 2019. He was a true people person and his face became a welcoming sight at Barnacle Billy’s in Ogunquit, ME where the community and staff embraced his fun loving spirit.

Prior to his decline, Bill and Anne spent a great deal of time enjoying the beaches, attending the Ogunquit Playhouse and supporting the local businesses with many friends and family. In recent months, Bill spent a lot of quality time with Anne at home due to the Pandemic. He greatly enjoyed listening to his vast collection of 45 records on his 1952 RCA record player, following the local real estate and news, participating in zoom meetings as a member of the Sunrise Terrace Board and receiving visits from friends and family. Some of his favorite moments were watching the birds and enjoying the beautiful view. When asked what he was doing he would often say, “I’m just listening to my ocean and thinking about how blessed we are to live in such a beautiful place.”

He is survived by his loving wife of 38 years, Anne Marie Briggs, his son William Joseph Briggs, Jr. of Chicago, IL, his brother James Briggs of Litchfield, NH and many other friends and family. He was predeceased by his infant daughter Anne Marie Briggs in 1984, his parents Henry and Theresa Briggs and other beloved family and friends.

Friends may call from 3-6 PM on Monday, August 17, 2020 at Bibber Memorial Chapel, 67 Summer Street, Kennebunk, ME. A Mass of Christian Burial will be held at 11:30 AM on Tuesday, August 18, 2020 at St. Mary St. Catherine of Siena, 55 Warren Street, Charlestown, MA with interment to follow at Forest Hills Cemetery, 95 Forest Hills Avenue, Boston, MA.

Should friends or family desire, donations in Bill’s memory can be made to Massachusetts General Hospital Department of Pulmonary & Critical Care at https://giving.massgeneral.org/donate/pulmonary/
Read Less

Receive notifications about information and event scheduling for William

We encourage you to share your most beloved memories of William here, so that the family and other loved ones can always see it. You can upload cherished photographs, or share your favorite stories, and can even comment on those shared by others.

3 trees were planted in the memory of William Briggs

3 trees were planted in the memory of William Briggs

Posted Aug 16, 2020 at 06:35pm
It is hard to believe that you are gone. May you rest in peace in God's loving arms. May God also watch over Anne and William Jr. I hope your wonderful memories of a life well lived will sustain you through this heartbreaking 💔 time .
Comment Share
Share via: 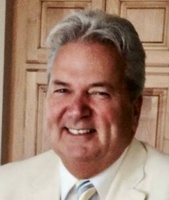