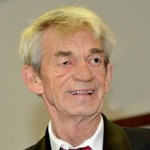 William David Cole, 76, of Sanford, passed away at home surrounded by his loving family. He was born May 19, 1943 in Dyer Brook, ME and raised in Kennebunk by his grandmother, Grace Cole.

William attended Kennebunk schools and started working in the rock drilling industry in the 8th Grade. He worked hard at various jobs until his retirement. He was very proud of obtaining his Class A Drivers License in the early 1980’s. He was a devoted family man, even adopting and raising children and grandchildren.

A private graveside service will be held this spring.

To share a memory or leave a message of condolence, please visit William’s Book of Memories Page at www.bibberfuneral.com.