To leave condolences for Anne Chick's online memorial, sign in using one of the following options:

Anne was born in Dover, NH on January 22, 1929 a daughter of Michael and Agatha M. (Moore) Flanagan and... Read More
Anne F. Chick 90 years, a resident of Wells, ME died Thursday January 2, 2020 at Varney Crossing of North Berwick after long illness.

Anne was born in Dover, NH on January 22, 1929 a daughter of Michael and Agatha M. (Moore) Flanagan and graduated from Dover Catholic High School.

Anne was teacher’s aide for Somersworth, NH Middle School for 12 years then worked for Pratt Whitney of North Berwick, ME for ten years before retiring.

Anne traveled around the world going on several cruises with her husband William, she loved walks on the beach, reading and watching old movies on TCM.

She is survived by her daughter Kathleen Anne Chick and her fiancé David MacKenzie of Wells, ME and by her brother, Michael Flanagan of Rochester, NH, as well as several cousins, nieces, nephews and grand nieces and nephews.

Visiting hours will be held from 4 to 6 PM Monday January 6, 2020 at the Bibber Memorial Chapel 111 Chapel Road Wells, ME follow by a funeral service at 6 PM at the Chapel.

Interment will be at Mt Calvary Cemetery, Somersworth, NH in the spring.

In lieu of flowers, memorial donations may be made to the Alzheimer's Association, 383 US Route One #2C, Scarborough, ME 04074.
Read Less

Donations are being accepted for: Alzheimer's Association - Maine Chapter.

Plant a Tree in Memory of Anne
Plant a tree
0 trees have been planted in memory of Anne F. Chick (Flanagan)
M

Posted Jan 07, 2020 at 12:28pm
Condolences to Michael Flanagan and Anne's extended family--Fond memories of growing up on Atkinson St. in Dover with my second cousins--the Flanagans. The years fly but good memories sustain us. I've lived away from Dover for many years but
read the local newspaper (Fosters) every day on line, and it was sad to read of the loss of Anne.

Posted Jan 05, 2020 at 07:13am
Kathy - We are sorry to see that your mom has passed away. May she rest in peace. Claire has many great memories of her, particularly during their days at the Somersworth Middle School - 2 sets of Flanagan sisters, all first cousins, working together! It was certainly NOT "all work and no play!" Our thoughts and prayers are with you. Our best - Claire Papatones and daughters Lynne, Jan, and Beth
Comment Share
Share via:
KB

Posted Jan 04, 2020 at 12:24pm
Kathy, so sorry to hear that your dear mother has passed away. I hope you take comfort in knowing that you always were a devoted daughter. May God welcome her into His Kingdom with open arms where she can spend eternity in the company of your father and all her neighbors from Wells Beach. Sincerely, Kathy Barna
Comment Share
Share via: 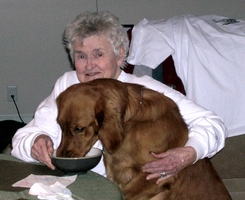