To leave condolences for Casper Bridges's online memorial, sign in using one of the following options:

Casper was born October 12, 1957 in Saco, the son of Ellsworth L. and Sally Hutchins Bridges Jr, and is a graduate of Kennebunk High School, class of 1975.

He was employed by the former Kentucky Fried Chicken in Wells as a cook, and enjoyed watching TV movies, and playing board games, especially checkers.

Casper is predeceased by his father, Ellsworth (Jr.) L. Bridges Jr and a nephew Brandt Bridges.

A graveside service will be held in Arundel Cemetery, Kennebunkport on Monday, June 8, 2020 at 1PM.

Should friends desire, memorial donations may be made to Waban Projects, Inc.
5 Dunaway Drive, Sanford, ME 04073 in Casper’s memory.
Read Less

Receive notifications about information and event scheduling for Casper

Donations are being accepted for: Waban Projects Inc.

We encourage you to share your most beloved memories of Casper here, so that the family and other loved ones can always see it. You can upload cherished photographs, or share your favorite stories, and can even comment on those shared by others.

Posted Apr 05, 2020 at 12:47pm
My condolences to Sally and the family. I remember Casper when we were kids and our parents got together. RIP Casper 🙏💔
Comment Share
Share via: 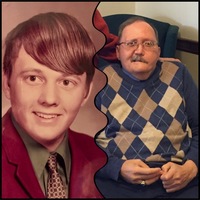 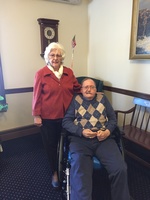 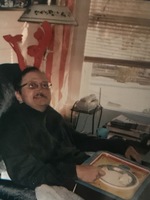 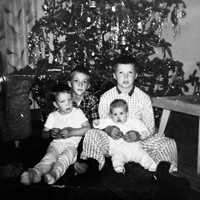