To leave condolences for Craig Miller's online memorial, sign in using one of the following options:

Provide comfort for the family of Craig Miller with a meaningful gesture of sympathy.

Craig was born February 4, 1940 in North Adams, the son of Richard Kingston Miller and Grace Agatha Blay Miller, and attended North Adams Schools, graduating in 1958 from Drury High School. He soon enlisted in the US Marines Corp, serving for 4 years.

Returning to North Adams, he began his long career as a machinist with Sprague Electric, which he stayed with until it closed. He then joined General Cable Fiber Optic Division, and Beloit Jones, each time leaving only when the company closed, at which he quipped “I keep closing the factories down” to his family. His final position was at Excelsior Processing and Engraving, where he retired prior to moving to Wells, ME.

He enjoyed working around the home, and was an accomplished handyman, doing his own renovations and projects. In his earlier years Craig coached Little League in North Adams, loved to hunt and fish, and was an avid New York Yankees and New York Giants Fan all his life.

He is predeceased by three sisters, Delma Mroz, Shirley Pierce, and Elizabeth Pengrin.

Craig recently celebrated his 56th wedding anniversary, “plus Five”, with the center of his life, Carol Ringie Miller, and together raised their daughter Michelle Miller who resides in South Portland ME with her significant other Rick Tucci, and son Scott Miller of North Adams, MA. He also is survived by brothers Norman “Butch” Miller and his wife Marlene Miller of North Adams, and Bernard Miller and his wife Sandra Miller, of Adams, a sister Lorraine Demo of New York, and four grandchildren. His daughter’s children Chelsea and Tyler Arabia and Giavanna Tucci, and his son’s child Noah Miller.

Should friends desire, memorial contributions may be made to Hospice of Southern Maine, 180 US-1, Scarborough, ME 04074.
Read Less

Donations are being accepted for: Hospice of Southern Maine .

We encourage you to share your most beloved memories of Craig here, so that the family and other loved ones can always see it. You can upload cherished photographs, or share your favorite stories, and can even comment on those shared by others.

Posted Jan 24, 2020 at 01:48pm
Such a loving and wonderful man. I have such fond memories of spending time on A Street and Craig was always a part of that. My heart goes out to Carol, Scott, Michelle and their entire family. I wish you all peace and strength.
Comment Share
Share via:
D 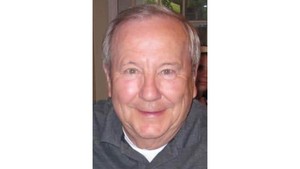