To leave condolences for David Stuart's online memorial, sign in using one of the following options:

Provide comfort for the family of David Stuart with a meaningful gesture of sympathy.

Print
David G. Stuart passed away unexpectedly at his home in Kennebunk on March 30, 2020.

He was born April 7, 1936 in Hollis Maine to Chauncey and Elsie Stuart. At an early age they moved to the family farm in Kennebunk where he and his b... Read More
David G. Stuart passed away unexpectedly at his home in Kennebunk on March 30, 2020.

He was born April 7, 1936 in Hollis Maine to Chauncey and Elsie Stuart. At an early age they moved to the family farm in Kennebunk where he and his brothers milked 75 cows and fed 6000 chickens before they went off to school. David graduated from Kennebunk High School in 1954 and went on to Gordon College earning a BS degree in Science. He continued his education at University of New Hampshire earning a PhD in Microbiology.

Following his graduation, David moved to Montana where he was a professor of microbiology at Montana State University, eventually moving into administration at the University and served on several state committees which included water quality research. In 1978 he moved back to Maine to join the Baker Company in Sanford where he devised testing procedures for the biological safety cabinets which the company manufactured. He also trained worldwide on the testing and use of the cabinets.

David’s faith was the foundation of his daily life. He enjoyed sharing his faith as a Sunday School teacher, Bible study leader, as well as singing in the choir at Ogunquit Baptist Church. He was a very humble farm boy from Maine and would often say “I never intended to follow this career path I ended up on; it was all God’s doing”. He was a dedicated husband and father.

David married Phyllis Pillsbury in 1956 and after her death from cancer in 1990, he married Elizabeth Woodbrey in 1991. Following Elizabeth’s death in 2011, he became a “snowbird” spending winters in Florida away from the New England snow and cold. He enjoyed reading, walking and gardening. He recently bought a drone and was experimenting with flying and taking pictures with it.

David was predeceased by his parents, his baby son James Eugene, and his brother Robert.
Survivors include his son David James and wife DeeAnne of Exeter, NH; step-daughter Holly (Dana) Nason of Lyman and step-son Scott Drown of Lyman. He is also survived by 2 grandchildren, 5 step-grandchildren, and 2 step-great-grandchildren; sister-in-law Charlotte, brothers Paul (Joanne) of North Berwick, Carleton of San Francisco, and Frederick (Mary) of Kennebunk as well as several nieces and nephews.

Private burial will be in the Stuart Family Cemetery in Kennebunk. A memorial service will be held in July and announced by Bibber Memorial Chapel.

To share a memory or leave a message of condolence, please visit David’s Book of Memories Page at www.bibberfuneral.com

Receive notifications about information and event scheduling for David

Print
A private interment will be held at the Stuart Family Burial Grounds. A Memorial Service will be held in July and announced by Bibber Memorial Chapel

Donations are being accepted for: One More Child Anti-Trafficking.

We encourage you to share your most beloved memories of David here, so that the family and other loved ones can always see it. You can upload cherished photographs, or share your favorite stories, and can even comment on those shared by others.

Posted Apr 09, 2020 at 02:19pm
I first met David in 1987 when he worked at the Baker Company and I was new to the biosafety industry. I worked for a high efficiency filter manufacturer who supplied his company with filters. Being new to this area, I relied heavily on David as a wonderful teacher and mentor to help me understand the concepts of, and requirements for the industry. He explained things so patiently so I understood every concept. He was such a great teacher! Later on, I was fortunate enough to teach classes along side him at The Baker Company and in other Industry groups and organizations. I really came to appreciate and have a deep respect for this man. It led to our talking about many subjects over the years including his strong belief in God and his purpose for us here on this earth. Rest in peace in eternal life David rejoicing with your heavenly father. Your work here is finished, but you will always be remembered.

Posted Apr 04, 2020 at 12:55pm
Rest In Peace Mr. Stuart! Such a wonderful neighbor and he always supported my girls by buying Girl Scout cookies and donating them to meals on wheels or service men and women. A true gentlemen!! Prayers for the family in your grief.
Comment Share
Share via:
GL

Posted Apr 03, 2020 at 05:36pm
We first met Dave at a Sunday Bible Class that he was teaching at the American Baptist Church in Lakeland, FL in October 2019. Since then we saw him at church and always enjoyed his kind and humble spirit. It didn't take long talking with him to know he had a lot of knowledge on many subjects and yet the thing that was the most evident was that he was a man with qualities that every Christian should have. He will be missed greatly by all who attend the Church in Lakeland.
Comment Share
Share via:
RF

Neil and I had the privilege of knowing David back in our sailing days when Neil taught boating classes and Dave joined in.
Then more recently we’ve (Ted and i) been blessed to know David through The Village Baptist Church where we went through membership classes together and we got to know him better. Dave had such a beautiful way of using his scientific mind to describe Biblical concepts for us in ways that made them understandable.
He’ll be missed so much!
Vickie Ross Wilcox
Comment Share
Share via:
DE

Such a good friend! I had the pleasure of working with Dave for many years at Baker Company. I recall his passion for whatever he was doing and his generous help on whatever was needed. He was able to easily reconcile his belief in scientific method and proof with his belief in God. He is remembered and will be missed my many at Baker and the friends he met. Goodbye, Dr. Stuart. Dennis Eagleson 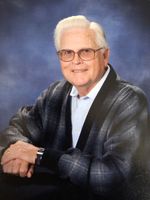