To leave condolences for Lincoln Good's online memorial, sign in using one of the following options:

Provide comfort for the family of Lincoln Good with a meaningful gesture of sympathy.

Print
Lincoln Hovey Good, 91, formerly of Partridge Lane in Kennebunk, died Thursday, October 10, 2019 at his residence in Huntington Common with his family at his side.

Linc, to those who knew him, was born September 5, 1928 in Boston, the ... Read More
Lincoln Hovey Good, 91, formerly of Partridge Lane in Kennebunk, died Thursday, October 10, 2019 at his residence in Huntington Common with his family at his side.

Linc, to those who knew him, was born September 5, 1928 in Boston, the son of Herbert Shelley Good and Elizabeth Hovey Jack. He attended Newton and Lexington public schools and graduated from Lowell Technical Institute with a degree in textile engineering.

A post-WWII U.S. Army veteran, Lincoln served in Japan from 1946 to '48, after its surrender. He then moved to Maine to begin his career in textiles. There, he met Ruth Wills at a Lewiston church social, whom he married on October 14, 1956. They made their home in Auburn, where they belonged to the Downeast Camera Club before relocating to Kennebunk in 1966 with their two young children.

A longtime employee of the textile industry, Linc started at Lockwood Dutchess in Waterville. Quickly thereafter he joined Milliken, Inc. in Lewiston and Lisbon for 12 years, before bringing his expertise to WestPoint Stevens in the Biddeford mills for 31 years.

Mr. Good was an active member of Christ Church in Kennebunk and participated in the Kennebunk Fire Society for many years. He loved traveling, photography, boating and camping at Kezar Lake. In his retirement years, Linc could be found volunteering in a striped railroad cap at the Maine Narrow Gauge Railroad in Portland, where he and Ruth spent many a day together. Lincoln helped lay track to restore the historic RR and shoveled coal so the engines would run. He and his beloved wife volunteered during the Christmas season on the Polar Express bringing joy to children and families on the magical journey.

He is predeceased by his wife Ruth Good, who passed in 2014, a sister, Shelly Good and a brother, Allen Good. He will be dearly missed by his survivors including his son Timothy H. Good and his wife Wendy of Kennebunkport, his daughter Rebecca C. Good and her husband William Morrison of Lebanon, two grandchildren, Alison J. Wallman of Park City, UT and Jason H. Good of Salt Lake City, UT, and eight step grandchildren.

Visiting hours will be from 5-7pm on Tuesday, October 15 followed by a funeral service at 7pm at Bibber Memorial Chapel, 67 Summer Street, Kennebunk. A graveside service will be held at 11:00 am with military honors on Wednesday, October 16, 2019 at Riverside Cemetery, 192 Summer Street, Lewiston, ME.

To share a memory or leave a message of condolence, please visit Lincoln's Book of Memories Page at www.bibberfuneral.com.

We encourage you to share your most beloved memories of Lincoln here, so that the family and other loved ones can always see it. You can upload cherished photographs, or share your favorite stories, and can even comment on those shared by others.

Posted Dec 04, 2019 at 07:19pm
To Becky and the Good Family. I just saw this while leaving a message for another family who lost a loved one. My condolences. I am sorry for your loss. I remember your Dad well.
Comment Share
Share via:

Posted Nov 27, 2019 at 05:10am
Dear Rebecca and Tim,
I was sorry to learn of your dads passing last month.
I think of you folks often, my deepest sympathies .
Love,
Bonnie Jeanne
Comment Share
Share via:
R 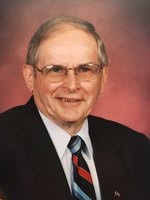