To leave condolences for Maxwell Eveleth's online memorial, sign in using one of the following options:

Print
On Sunday June 21, 2020, the world lost a man of passion, loyalty, and generosity as Maxwell Fernald Eveleth, age 82, passed away peacefully with Carol his wife of 63 years by his side.

Max was born on April 2,1938 in Schenectady, New Y... Read More
On Sunday June 21, 2020, the world lost a man of passion, loyalty, and generosity as Maxwell Fernald Eveleth, age 82, passed away peacefully with Carol his wife of 63 years by his side.

Max was born on April 2,1938 in Schenectady, New York. He spent the majority of his childhood in Kennebunk, Maine where he lived on Summer Street with his sister Nikki and his parents Maxwell Sr. and Renie. He attended Kennebunk High School where he played football, basketball and track. As a sophomore, Max set the Maine state record for the shot put. He transferred to Phillips Exeter Academy for his junior and senior years, and he was a proud member of the class of 1956. Max was a standout athlete on Exeter’s football and basketball teams. He and his high school sweetheart, Carol, were married on February 2,1957. Successful years at Exeter allowed him to attend Dartmouth College, where four years later he would leave with a wife, two little girls, and a degree in math. A member of Phi Gamma Delta at Dartmouth, Max supported his young family through a milk and sandwich route while in college. Max formed deep friendships at every stage of his schooling, and over the years, he was always a dedicated regular at reunions for Kennebunk High School, Exeter, and Dartmouth.

Max’s work led him to IBM and a highly successful career in technology sales. His first job for IBM took him to Bangor where Max sold the University of Maine their first mainframe computer, and he coached the Brewer Pop Warner team to a state championship. Max’s family also expanded by two more little girls while living in Brewer. In 1965, he moved his wife and four girls to Melrose, MA where they would spend the next 18 years, and in that time, added a little boy to the family. Max continued to work in technology spending time as the VP of Sales for Urban Data, International Data Group, and Microintegrations. Max was a founding member of a “professional group” known as MAGGOTS or May Annual Golf Gambling or Tennis Symposium. This organization was built on his business friendships, and they held annual technology training events at some of the greatest golf resorts in the country.

While in Melrose, Max was involved in numerous charitable organizations and raised scholarship money for high school students. He was an active alumni interviewer for Dartmouth, and he connected numerous local hockey players to his alma mater. Multiple times the Dartmouth hockey bus stopped at the Eveleth’s house in Melrose for refreshments after playing at Harvard.

If you ever attended an event where Max found the microphone, you will remember the deep pride and love he had for family and the command and comfort he had with the spoken word. Always driven by a love of family, Max and Carol hosted dozens of 4th of July barbecues where his children, grandchildren, nieces, and friends would gather for “Bumpa Burgers” and the decorating of bikes for the neighborhood parade.
An avid and competitive golfer, Max belonged to Bellevue Country Club in Melrose and
Webhannet Golf Club in Kennebunk Beach. At Webhannet, he was a Senior Club Champion and a Member Guest Champion. He wore his green championship jacket as much as he possibly could, and he loved when strangers asked him about it. At the time of his passing, Max had a putter collection of over 100, and he could tell you the longest putt he made with each.
When he reached semi-retirement, Max and Carol settled down in their Kennebunk Beach summer home, and for more than a decade, they loyally traveled the country to watch their children and grandchildren participate in athletic events. Max loved to let his friends know there were two NCAA national champions in his lineage.
Max was a generous friend and a great father and grandfather. He pushed and nurtured his family to great personal and professional successes, and he never wanted credit or thanks for the role he played.
Max was a great collector of stories, and he loved to listen as much as he loved to tell. Over his life, he collected many stories that were beautiful, poignant and often hilarious, and he used those stories to nurture, discover and connect with people- all people. If a person shared in a story with Max, they were immediately his friend, and he remembered each and every friend in his life with a deep sincerity and a profound love.
Max is survived by his wife Carol; his daughter Brooke Tuttle and her husband Mark; his daughter Kirk Arnold and her husband David; his daughter Tracy Reinhold and her husband Karl; his daughter Dana Wildes; his son Todd Eveleth and his wife Karen; twelve grandchildren- William Fernald Tuttle and his wife Courtney, Caroline Cumming and her husband Marc, Spencer Tuttle, Tory Bois and her husband Andy, Bill Arnold and his fiance Krissy, Josh Reinhold, Mike Melanson, Sam Gardner, Riley Gardner, Max Wildes, Tobey Eveleth and Bailey Eveleth; three great grandchildren Liam, Hazel and Kennedy; his sister Sandra (Nikki) Dixon; and two nieces, Stacey Kane and Corey Center.
In lieu of flowers, please consider a donation in Max’s name to the Webhannet Charitable Foundation 26 Golf Club Dr. Kennebunk ME 04043.
A memorial service will be held at a later date.
Read Less

Receive notifications about information and event scheduling for Maxwell

Print
A Celebration of Max's life will be held when all can gather together safely at a later date.

Donations are being accepted for: Webhannet Charitable Foundation.

We encourage you to share your most beloved memories of Maxwell here, so that the family and other loved ones can always see it. You can upload cherished photographs, or share your favorite stories, and can even comment on those shared by others.

Andy Benson advised me of Max's passing over the weekend. I am still in disbelief. Max was one of those shining stars and really added credence to my love of all things Dartmouth. I know Andy and I provided Max with a source of amusement when we visited from Hanover during our undergraduate years. Always a smile at the ready . Celebrate his life over these next few months - it was so full of richness and goodwill !
Comment Share
Share via:
JP

Posted Jul 07, 2020 at 01:00pm
Carol and family, Great Hill has lost another strong force who stood tall through a very accomplished life.
My thoughts and memories are with you

Posted Jul 03, 2020 at 01:30pm
Dear Carol and Family. Charlie and I were so sad to read of Max's passing. We loved him very much and always enjoyed the times spent with both of you at Member Guest tournaments. He was such a special friend and will certainly be very much missed by everyone. Love and big hugs to you and your family. Charlie and Velma
Comment Share
Share via:
CC

Posted Jun 29, 2020 at 09:57am
Carol, I am in shock. The world lost a GREAT man and a wonderful husband. I will truly miss Max's emails to me about NASCAR. I used to love hearing him talk about all and any sports. My deepest condolences to you and your entire family.
Love, Cindy Cady
Comment Share
Share via:
N

Posted Jun 28, 2020 at 08:36pm
I am so sorry and sad to hear about Max He was a wonderful man and I enjoyed our many talks over the 25 plus years that I cut his hair . He always had great stories and occasionally he would e mail me articles that he would run across that he knew would interest me or make me laugh!! He was such a wonderful father and grandfather and love his family deeply!!
He will surly be missed by so many
My deepest condolences to Carol and her children and grandchildren
Nancy Meehan
Comment Share
Share via: 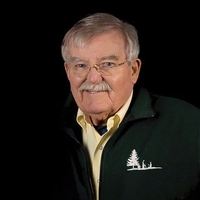