To leave condolences for Paul Vachon's online memorial, sign in using one of the following options:

Print
Paul Walter Vachon, 77 years, of Wells, ME passed away January 13, 2020 at the Maine Veterans Home in Scarborough. Paul is survived and lovingly remembered by his devoted wife of 38 years, Marcy and his loving son David.

Paul was born J... Read More
Paul Walter Vachon, 77 years, of Wells, ME passed away January 13, 2020 at the Maine Veterans Home in Scarborough. Paul is survived and lovingly remembered by his devoted wife of 38 years, Marcy and his loving son David.

Paul was born June 19, 1942 in Sanford, ME, son of Walter and Alphonsine (Beaudoin) Vachon. He graduated from Sanford High School, Class of 1959. He proudly served his country in the U.S. Navy in the early 1960’s. In 1962 he was stationed on a Naval Destroyer and part of the blockade keeping Russian Subs from Guantanamo Bay during the Cuban Missile Crisis. During his time in the Navy, Paul went to Navy electronic engineering school. He continued to serve his country undercover with the CIA for eight years; while stationed in Iran and Australia he built and maintained surveillance equipment monitoring the USSR.

In November of 1980, he met the love of his life, Marcy Susan Spatt. They were married 8/22/1981. In 1983 he got an exciting job at UNH. Nine months later, on July 3rd 1984 their only son David Paul Vachon was born. Paul was very proud of his 24 year career at the Space Science Center at UNH working on NASA contracts for rockets and satellites. Upon retiring from UNH in 2007, as Chief Engineer he helped found Spin Analytical for the purpose of developing the next generation of analytical ultracentrifuge. He would retire from Spin in 2015 due to his declining health.

Friends may visit on Sunday, January 19, 2020 from 11 am to 1 pm at Bibber Memorial Chapel, 111 Chapel Road, Wells, ME. A funeral service and celebration of life will follow at 1 pm at Bibber Memorial Chapel with Rev. Burton Howe. Friends and family will be invited to stay and gather after the funeral service and continue celebrating Paul’s life with fellowship and refreshments.

Should friends desire, memorial donations may be made to:
Dementia Society of America
P.O. Box 600
Doylestown, PA 18901

To share a memory or leave a message of condolence, please visit Paul’s Book of Memories Page at www.bibberfuneral.com.

Arrangements are in care of Bibber Memorial Chapel.
Read Less

Posted Jun 05, 2020 at 02:13pm
This tree had been dedicated to Paul W. Vachon, a wonderful husband, father and friend who really made a worthwhile difference in the world.

Posted Jun 04, 2020 at 10:54am
Dear Marcy and David,
I just found out about Paul passing away, I am sorry for your loss. I have scanned a few items about Paul, and even found a few pictures pre-beard! I have great memories of our Star Center Fleamarket comic book business back in the 1980's as well as UNH.
Doug Larson
Comment Share
Share via:
MV

Thank you, Doug, for your kind words. Paul was a wonderful, sweet, courageous and interesting man. Most of all he was the love of my life, and the father of our son, David. He lives on in his son, and in our memories and our hearts.
SA

Posted Feb 04, 2020 at 03:27pm
Marcie, I just ran into your sister in Wells and she told me of Paul's passing. I was so sorry to hear that. Tom remembers being in the men's group with him at the Unitarian Church
and how kind and gentle he was. Our thought and prayers are with you during this time. Blessings, Susan and Tom Arrand
Comment Share
Share via:
L

Posted Jan 27, 2020 at 05:37pm
Always enjoyed helping Paul sort through his unbelievable collection of records and books and learning about his work on NASA contracts at UNH. He is greatly missed. Sincerest condolences to Marcy and David.
Leo
Comment Share
Share via:
JB

Posted Jan 17, 2020 at 05:17pm
I am reaching out to Paul's sister Ester. So sorry for your loss, I myself have loss two brothers. Unfortunately you will never get over your loss but you will learn to deal with it and rely on your memories. In my thoughts and prayers, and sadness in my heart Joanne McGlincey Bond SHS band (Ringo of Sanford High) class of 65'
Comment Share
Share via: 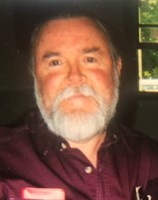