To leave condolences for Susan Lee's online memorial, sign in using one of the following options:

Print
Susan Davidson Lee, known to many as “Susie,” died peacefully while surrounded by love on Nov. 11, 2019, at the age of 77.
Born June 22, 1942 in Waterbury, Connecticut, she was the daughter of Jeanne Marguerite “Peggy” Smith and Robert... Read More
Susan Davidson Lee, known to many as “Susie,” died peacefully while surrounded by love on Nov. 11, 2019, at the age of 77.
Born June 22, 1942 in Waterbury, Connecticut, she was the daughter of Jeanne Marguerite “Peggy” Smith and Robert Key Davidson.
Susie was raised in Woodbury, Connecticut, where she maintained strong ties. A graduate of Foxhollow School in Lenox, Massachusetts, Susie furthered her education in Boston and, with indomitable spirt, began a career in which she conquered the corporate world at the height of the 1960s.
Later, she moved to Litchfield County, Connecticut and to a position in the development office at the Taft School in Watertown, Connecticut. There, she met Daniel Gerard Lee, Jr. and their four-decade love began. Susie and Dan married on Sept. 6, 1980.
When Dan was named Headmaster at Miss Hall’s School in 1983, he and Susie moved to Pittsfield, Massachusetts — a stone’s throw from Foxhollow. At Miss Hall’s, Susie immediately began to care for the school’s community of 200 dynamic young women. She would foster and advise student clubs, lend her shoulder to cry on and decorate warm spaces to comfort young women away from home for the first time. Throughout her life, Susie counted the students, faculty, parents and alumnae of Miss Hall’s as her closest and most enduring friends and always treasured her years at the home she and Dan made on Holmes Road in Pittsfield.
Maine was the next stop for Susie and Dan when he took the Headmaster’s post at Fryeburg Academy, in Fryeburg, Maine, in 1993. For more than 20 years, Susie was a driving force of care, compassion and community spirit at Fryeburg. It would be difficult to estimate how many baby showers, welcome teas and retirement celebrations were thrown during her time on the Fryeburg campus. Susie consumed herself with ensuring the comfort and happiness of those around her. When an athletic team or music group won a state championship, she was the one organizing the fire department and police escorts back to campus. If a community family was in trouble, Susie was working tirelessly, and silently, in the background to ease the pain.
Later, in retirement, Susie sharpened her ability for civic engagement in Kennebunk and Kennebunkport, Maine. She was an enthusiastic member of the Seacoast Garden Club, she served diligently protecting her community’s interests on the Lower Village Committee, and was proud to have been appointed to the Vestry of St. Ann’s Episcopal Church. Most importantly, Susie dedicated volumes of time, energy, and other resources to the VIPS volunteer program at the Kennebunk Police Department. Susie was passionate about strengthening the bonds between the community and the police department through various directed and thoughtful initiatives.
Nothing in the world made Susie happier than the joy of children. Each year, she took great pleasure from organizing Santa’s visit with all the faculty children at Fryeburg Academy. At her summer home in Kennebunk Beach, Susie organized and served as grand marshal of an annual impromptu neighborhood July 4 parade complete with red, white, and blue decorated bikes and patriotic music blaring from the tailgate of her SUV. As a volunteer with the Kennebunk Police Department, Susie conceived and led the impactful “Letters from Santa” program, as well as many other programs and events aimed at the community and its children.
Perhaps her most important role she filled was that of “Dappy” to her grandchildren Walker and Eliza, and “Gammie” to Donovan and Molly. She beamed with pride, and would shout from the hilltops, news of a triumph on the hockey rink, a brave first ride in the saddle, or a hard earned college admission or school recognition.
Any remembrance of Susie would be incomplete without mentioning her deep love of animals, of all kinds. A talented equestrian in her early years and a lifelong lover of the many dogs, and fewer cats, that graced her life. Susie enjoyed caring for animals as much as she did the important people around her. Labradoodles Moxie, and Gracie were her most recent pride and joy. Golden retrievers Zarley, Cheerio, Jed were past important fixtures.
To have known Susie was to have been loved by Susie. She possessed infinite wisdom and kindness and a gentle sprit that made all feel at ease and welcome. Her impact was felt far and wide and the example of grace and compassion she set for all of us was as clear as it was understated.
A lifelong lover of the ocean, from time spent in Watch Hill and Weekapaug, Rhode Island to endless hours spent walking and shelling on Kennebunk Beach, she will be remembered at a joyous celebration of her life in June, 2020, beside the sea, at St. Ann’s Episcopal Church, in Kennebunkport, ME
Susie is survived by her loving husband of thirty-nine years, her sons, Daniel Gerard Lee, III, and Samuel Montville, her cherished grandchildren, Walker Brooks Lee, Eliza Grace Lee, Molly Montville, and Donovan Montville as well as her devoted sisters Meg Davidson Rokos and Lissa Davidson George and her brother, Robert Key Davidson, Jr.
Susie was predeceased by her parents.
In lieu of flowers, please consider a donation to the Susan D. Lee Fund for Civic Engagement. This charity, currently in formation, will provide much needed, first time, and dedicated financial resources to perpetuate Susie’s community volunteer and outreach work, alongside the Kennebunk Police Department.
Donations can be made directly at www.gofundme.com/f/susielee
Please contact the family for alternative donation methods: (207) 450-7713 or danielglee3@yahoo.com.
To share a memory or leave a message of condolence, please visit Susie’s Book of Memories Page at www.bibberfuneral.com
Read Less

Receive notifications about information and event scheduling for Susan

We encourage you to share your most beloved memories of Susan here, so that the family and other loved ones can always see it. You can upload cherished photographs, or share your favorite stories, and can even comment on those shared by others.

Posted Nov 20, 2019 at 08:11am
An amazing woman - so warm and so smart! When the Town was ready to spend $20,000 to sort out the parking mess in our beach neighborhood, Susie suggested that all we needed was a few cans of paint to indicate parking and no parking areas. BINGO. Problem solved. So positive and constructive and such a pleasure to work with on the Lower Village Committee. We have missed her since she moved and now we miss her all the more. Betsy Smith.
Comment Share
Share via: 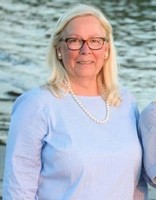